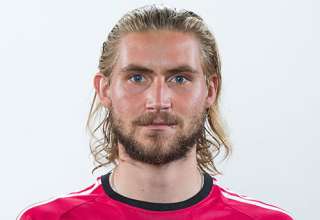 Mozzi Gyorio is learning just how expensive it might be to take a case to court, and lose.

On Wednesday, the lawyer who represented NASL side Minnesota United submitted a claim to the New York Supreme Court, asking for Gyorio and his legal team to pay US$41,651,78 in legal fees. Lawyer Matthew Melewski submitted to the court that he was being paid $300/hr to defend Minnesota United in its case against plaintiff, Gyorio. The case was tossed out of New York court in July.

Gyorio is currently on the roster of the NASL’s Ottawa Fury.

But Gyorio’s case against Minnesota United was tossed out because the New York court said it had no jurisdiction over a contract signed in the state of Minnesota. As for the case against NASL, the court ruled that Gyorio did not exhaust all the options for relief provided in his contract, including arbitration or a hearing with the league commissioner.

“The contract at the heart of the lawsuit specifically prohibited this lawsuit,” wrote Melewski in his claim. “Plaintiff’s attorneys must have been aware of this provision, but brought a futile lawsuit anyway.”

Now, as the loser of the case, Gyorio could be on the hook for the fees.