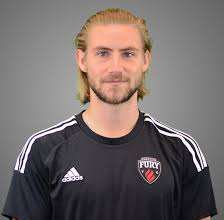 Minnesota United did not win the spring season, but it had a winning day in court.

On Monday, New York Justice Ellen M. Coin dismissed the lawsuit brought upon the team and the NASL by Canadian midfielder Mozzi Gyorio, who is now a member of the Ottawa Fury.

In 2014, Gyorio was signed by Minnesota and was later instructed to join the Loons’ reserve team. Gyorio refused, claiming it was not part of his contract. Eventually, the impasse between player and team led to Minnesota United terminating his contract.

Gyorio took the case to New York court, stating that the team breached his contract and that NASL interfered with the contract. Both the team and the league petitioned the court to have the case tossed out.

Coin ruled that the New York court has no jurisdiction over Minnesota United. She agreed with the team’s claim that it does its business in the state of Minnesota, and only really has a New York presence when it goes on the road to play the Cosmos. As Gyorio and his agent at the time of the dealings are Canadians, the court ruled that they also aren’t in New York’s jurisdiction.

“Gyorio has not submitted a scintilla of evidence to show that MU engaged in purposeful activity within the state and that the alleged activity in New York gave rise to, or had a substantial relationship with, the breach of contract claim,” Coin wrote.

And, even if the court did have jurisdiction, Coin said Gyorio’s suit would have failed. That’s because the contract stated that any dispute between player and the team would go to NASL commissioner Bill Peterson and then to arbitration. The arbitration route was not completed — and the onus was on Gyorio to go down that path.

“Gyorio’s failure to pursue arbitration under the contract’s broad arbitration clause bars this lawsuit against MU because there is a reasonable relationship between the subject matter of the dispute and the underlying contract,” she wrote.

Justice Coin wrote that NASL can’t be accused of interfering with the contract because the decision to terminate Gyorio’s contract was a result of him not accepting the loan to the Loons’ reserve team. And that would be an internal matter. As well, the contract had a clause that states that the NASL would not be liable for any action taken by either party.