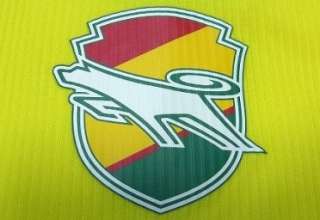 Matt Lam is safe, but he won’t be playing anytime soon.

Japanese second-division side JEF United confirmed in a press release that none of its players or staff were hurt in the earthquake and tsunami that has killed thousands in that country. The team’s stadium was not damaged The Japanese league has postponed all scheduled March games, with no word on when the league will resume.

The club plays in a Tokyo suburb.

Lam, who was FC Edmonton’s top player when it played a schedule of friendlies in 2010, was loaned out to JEF United on a one-year deal. He followed former FCE coaches Dwight Lodeweges and Hans Schrijver, and midfielder Sander Van Gessel, who all left Alberta to take more lucrative jobs in Japan.

FC Edmonton owner Tom Fath made the following statement: “Please tell them that we were very happy to hear that they are all safe and well despite the terrible event which has hit Japan.

“Our thoughts are with them and with all of the Japanese people.”

In a release issued Monday by JEF United, its players said that they hoped that soccer can help inspire a nation to heal.

“To everyone who suffers, soccer is able to give power. We would like to keep tackling,” said JEF defender Masataka Sakomoto.