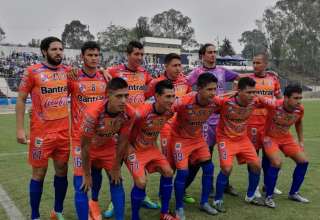 Canadian goalkeeper David Monsalve won’t be sporting official training gear when he practices with with his CD Suchitepequez teammates. He won’t look out of place. None of his teammates will be wearing team-issued track tops or pants or shorts, either.

The players, who propelled their side to a top-of-the-table finish in Guatemala’s top league, are basically in a work to rule situation. As they prepare for the playoffs — CD Suchitepequez is the No. 1 seed — they are also letting the country know that they aren’t happy about not being paid.

Monsalve said Tuesday that the club squared its January accounts with its players, and the team members have received about 90 per cent of their February pay. But they haven’t been paid for March or April. The payments come in dribs and drabs. So, the players are basically in a work-to-rule situation.

“We haven’t been paid in a while,” said Monsalve, the former Toronto FC and FC Edmonton keeper who had to turn down a Canadian national-team invite last year while he was with Colombian side America de Cali. “It’s an issue with the directors, and the whole country knows what is happening. Something fishy is going on.”

But, as it stands, the players are still committed to fight for the championship. As the No. 1 seed, Suchitepequez gets a bye through the first round of the playoffs, and will have the second game at home in the two-legged semifinal. If the team makes it to the final, it will also have the home advantage.

Since joining the club in January, Monsalve has played 20 games for Suchitepequez. He lives in a gated community with his family. He says the quality of life is good. There are some places that the players are warned not to go to at night, but he said that would be true in Toronto, too. Basically, he said that Guatemala breaks a lot of stereotypes that we as Canadians might have about it.

Asked if the players would strike, Monsalve answered: “We don’t want it come to that. Right now, we are training in our own gear. We want to play. We want to train. We don’t want to give up on all the hard work we’ve done this season.”

(A LONGER FEATURE ON MONSALVE’S MOVE TO GUATEMALA WILL BE PART OF PLASTIC PITCH ISSUE 9. WATCH FOR IT. TO LEARN MORE ABOUT PLASTIC PITCH, VISIT THE SHOPIFY STORE)