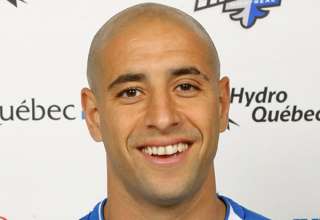 While the Montreal Impact’s scoreless tie against the Fort Lauderdale Strikers provided netminder Bill Gaudette with his third clean sheet of the season — in a game that had him not have to make a single save along the way — his success was more than counterbalanced by the Impact’s continuing offensive impotence, an affliction that has plagued the club since its May 1 5-0 rout of FC Edmonton.

Montreal is ahead of only the winless Atlanta Silverbacks in the NASL standings, and has a single goal to show for the three NASL games it has played since the win in Edmonton.

And, it has scored only twice all season in games where it has faced teams from outside Alberta.

The opening 45 minutes were spent primarily in midfield, with the host team controlling the ball for the most part but unable to mount a serious challenge. Forward Reda Agourram, replacing Ali Gerba who has been seconded to the Canadian team for the CONCACAF Gold Cup, had the game’s first good chance in the 26th minute, his shot rolling just the right of Matt Glaeser. The Strikers’ keeper then made a diving save a few minutes later to deny Idriss Ech Chergui what would have been his third goal of the year.

Opening the second half with its best chance of the game, the speedy Ech Chergui bounced a shot off the crossbar from point-blank range in the 48th minute of play. Glaeser made his second and final diving save of the night, stopping an Anthony Le Gall shot from about 30 metres out.

As is their habit for away games, a contingent of the Ultras gathered in a downtown licensed establishment to cheer their team on. Saturday’s turnout was smaller than usual, according to 20-year-old Curtis Mesher, a long time Impact supporter. While he was not comfortable speaking on behalf of the Ultras, Mesher was willing to share some of his impressions of the team’s performance so far this season, characterizing it as disappointing.

“A lot of returning players and a lot of new players have been playing below average. With our budget and our training set-up we should be expecting a lot more than seventh place in an eight-team league,” he said.

“A lot of the people that were brought in, individually, are better than the players they replaced but it seems like they’ve been having trouble working with what we already had in place so I think maybe adding people who were stronger on paper actually weakened the quality on the field.”

Mesher also offered his opinion on the new man in the net, a figure well know to fans around the league.

“Matt Jordan retired and Bill Gaudette was brought in to replace him and he’s a very skilled player. In games he’s done what he’s had to and he’s played well for the team but he’s been below par for what he’s supposed to be, the best goalie in the league after the guy we had. He also had a lot of personality and the fans all knew him. We knew who he was in Montreal because he would make fun of us. He’d do the same in Vancouver and everywhere there are fans they hated him. So not only did we get a guy with a lot of skill, we got the cool guy; in the league that everyone knows and everyone despises.”

Asked whether he saw the Impact maintaining their present course or improving as the season proceeds Mesher was both optimistic and emphatic.

“Improving, definitely. They’ve got the ability and the team is one that usually starts slowly and gets better.”