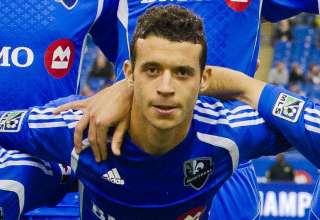 If there was ever a no-pressure game for the Montreal Impact, this Saturday’s date against Sporting Kansas City was it.

After all, the news about the Impact this week has dealt with the Amway Canadian Championship semifinal against Toronto FC and the impending arrival of Italian striker Marco Di Vaio, who has got the offer from Montreal and is likely to leave Bologna for MLS.(Stress “likely,” here. Years of covering Toronto FC and hearing management promise surefire DPs or high-profile signings who never materialize has made this writer cautious about reporting MLS deals until pen is put to paper)

A match against SKC? Sure loss, right? Wrong. The Impact won its first ever road game, 2-0 over the hosts and, frankly, put together the most impressive 90 minutes in the club’s short MLS history.

Now, coach Jesse Marsch has a pleasant problem on his hands.

How is that? Well, with Montreal heading to Toronto on Wednesday after a 0-0 draw in the first leg, Impact coach Marsch used Saturday’s date in SKC’s den to start an experimental lineup, allowing some key players to get some rest ahead of the CCL semifinal second leg in Toronto. After all, a road game against SKC, the runaway leaders in the Eastern Conference, is one that most pundits would expect Marsch’s charges to lose. So why not put out some depth players out there — players who are hungry to prove that they deserve to be starters — and save the likes of striker Bernardo Corradi, midfielder Davy Arnaud and central defender Matteo Ferrari for round two vs. TFC?

(Arnaud — making his KC return — and Ferrari did get second-half runouts).

It makes sense. Start the reserves in the nothing-to-lose match in KC.

But, instead, the makeshift lineup came through with a performance that has to have Marsch thinking that many of these players actually deserve to play Wednesday against TFC.

And even though the Impact got a first-half wonder strike from Felipe, a 25-yard, curling drive after the ball was laid off to him by Justin Braun, and a second-half penalty-kick goal from prodigal son-to-pariah Patrice Bernier, the real story of the match was how little the SKC offence did against the starting central defence pairing of Nelson Rivas and Hassoun Camara.

Camara didn’t look like a player who last year was defending against the likes of FC Edmonton and the Fort Lauderdale Strikers. As for Rivas, the Colombian central defender made his MLS debut Saturday after recovering from an injury suffered in preseason. SKC, a team that had lost just once all season, had only enough scoring chances to count on one hand.

The best came in the first half, when Graham Zusi’s pass off the outside of his right foot bounced behind the Impact’s back line. C.J. Sapong smacked a volley off the first bounce, but Impact keeper Donovan Ricketts deflected high shot away.

That was as close as SKC, which fell to 7-2-0, came to breaking the Impact’s shutout streak. After posting a clean sheet against Portland last weekend, then posting a zero against TFC in CCL action Wednesday and another shutout against the top team in the East, the Impact — despite changing personnel Saturday, is realizing the defensive promise that we saw in preseason.

And, considering that TFC fell to consecutive MLS loss no. 8 on Saturday, you have to consider the Impact the odds-on favourite to win Wednesday’s second leg, no matter who Marsch decides to start.