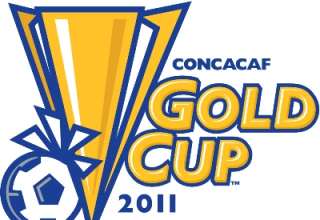 Now that Group A has completed its schedule, the picture for Canada and what it needs to do to qualify out of Group C has become crystal clear.

If Canada beats Panama on Tuesday evening — even by a single goal — it will get through to the quarter-finals of the Gold Cup. And, barring a miracle result Monday night from Grenada, a draw will likely see the Canadian side going home early.

We already knew that Canada had to win by two goals against Panama to be guaranteed one of the two top spots in Group C. (See the mathematical breakdown, HERE). But, with El Salvador finishing third in Group A, on four points with seven goals for and a goal difference of -1, it has given Canada a target. The two top third-place teams get the last two spots in the quarter-finals.

Canada has a goal difference of -1, but has scored just once. So, a draw with Panama, unless it was 6-6 or higher (not going to happen), would ensure that El Salvador would get in ahead of Canada.

Group B goes tonight. Jamaica is ensured a spot in the quarters by winning its first two games. Honduras has four points, but it’s goal difference is a whopping +6. So it is safe. Guatemala, which has one point, faces Grenada tonight. Grenada, which has given up 11 goals in the tournament, will be a heavy underdog. If Guatemala wins by two goals — which would get its goal difference to even and put it at four points — Canada would know for sure that it would need to beat Panama, because a draw wouldn’t allow it to catch the third-place teams in either A or B.

If Guatemala would win 1-0, and Canada drew Panama 0-0, they’d need to draw lots to decide which third-place team would go through. If Guatemala wins by a goal in a higher scoring match, 2-1, 3-2, etc. Canada would need to eclipse the Central Americans in total goals scored (if it ties Panama Tuesday). Guatemala goes into action tonight with no goals scored, two against. Canada is 1-2.

But, rest assured that Canadians don’t want to do the math. Win and you are in… because no other third-place team would have six points. So, Canada must find a way to do what the U.S. couldn’t do; beat the Panamanians. And, even though Panama has two wins, it won’t want to risk falling into third place, which could happen if Canada wins by two and the Americans beat Guadeloupe, as well. So, don’t expect to see a weak lineup.

A draw would also be good enough for Canada if the Americans lost to Guadeloupe. Not going to happen.