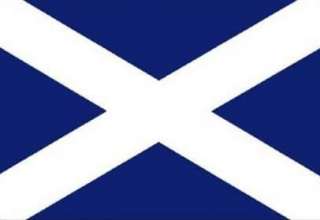 So, maybe, it’s not a big surprise that FCE announced that it will spend two weeks of its preseason training in Scotland. The team will be across the Atlantic from March 10th till the 23rd, and will play Partick Thistle, Airdrie (former club of ex-Eddie David Proctor) and Queens Park FC. They’ll also get a game in against the U-21 side of English Premier League side, Newcastle United.

Last season, the Eddies went down to the United States for three weeks ahead of the NASL opener. In a recent interview I did with owner Tom Fath for an upcoming Plastic Pitch story on the impact of the low Canadian dollar on the soccer business north of the border (look for it in issue 8), he admitted that the cost to go to America for preseason had become prohibitively expensive.

“We have held training camps in the United States, and those costs are in U.S. dollars, and we’ll have to take a look at those,” he said.

Now, that’s not to suggest a trip across the ocean is cheaper than a trip to the United States. A preseason trip to Europe in no way suggests that Fath is doing anything more but increasing his investment in a team he and his brother, Dave Fath, have lost money on since day one. But, with the dollar slumping to less than 73 cents US on Friday, and it likely to drop even further as the oil price continues to sag, the fact remains that a trip to America has become increasingly expensive, and will likely be even more pricey in the spring of 2016.

“We’re a well-established, strong thought of NASL club and we now have an opportunity to put the FC Edmonton brand a wee bit more out there,” Miller said in a release. “With my connections in Scotland, we will be speaking to other clubs that have an interest in maybe working together in the future, who knows? These are the possibilities that can happen…It’s a real opportunity for us to put the club in the shop window.”

Remember that the Eddies played two games in what was the oil-rich city of Fort McMurray in 2015 (Fort McMurray is now being hit hard by the oil slump). The idea was to make the big petro players in the oil-rich north more aware of the club. Putting the club in the “shop window” was more important than the overall gate, which in each game hit just over 1,000 fans.

FC Edmonton will spend the two weeks in Stirling, Scotland.

“FC Edmonton’s preseason trip is yet another example of the NASL taking a global approach toward growing the league and improving the level of play on the field,” NASL Commissioner Bill Peterson said in the release issue by the club. “Not only will the trip give the club some great exposure, it will perhaps most importantly help them get better as a team and prepare them for what will be a very competitive 2016 season.”