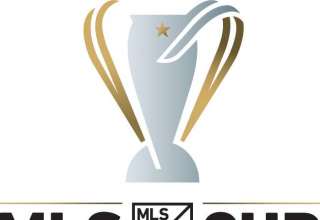 Anyone who’s a regular reader of this website, a subscriber to Plastic Pitch or has heard my commentary on FC Edmonton broadcasts knows that I’m usually pretty forgiving when it comes to match officials. We’re so often quick to judge referees who have to make split-second decisions when we, as spectators and pundits, have the luxuries of super slo-mo replays and reverse angles.

But, on Sunday, referee Jair Marrufo and his crew had a stinker of a game that simply can’t be overlooked. Portland’s 2-1 triumph over Columbus in MLS Cup will likely be held up as the new standard for everybody who believes the quality of officiating in North America simply isn’t good enough.

The only reason that key errors made by Marrufo and his linesmen won’t overshadow the game is the fact that the better team won. Portland was by far the superior team on the field. You don’t deserve style points for hitting goalpost after goalpost, but they were signs of just how much the Timbers bossed this tilted-field affair. The Timbers dominated every offensive category, from chances created to shots on goal.

Still, it needs to be noted that Portland’s second goal was the result of a critical error by the linesmen. Near midfield, the ball clearly rolled out of the field of play and into touch — by a good margin. You could see a large swath of green grass in between the line and the ball. Yet, play wasn’t stopped. The Crew players — most notably Tony Tchani, who was the closest to the play — stopped. Timber Lucas Melano sprinted down the field, crossed the ball to Rodney Wallace, and Portland had its second goal, the one that would provide the men in green their margin of victory.

Now, the Crew was definitely guilty of not doing what every five-year-old players is told to do: Playing to the whistle. But, wow, that ball was into touch by a significant margin, and professional players expect to see that throw-in awarded 100 times out of 100.

But, before crying foul about the mistake that led to the Timbers’ second goal, let’s fast forward to the second half and a mistake that went in the Crew’s favour. The Timbers were hitting posts with regularity. In a goalmouth scramble, the ball came down off the underside off the crossbar and struck Columbus defender Michael Parkhurst’s arm on the goal line. Parkhurst’s arm was moving, so there was no ball-to-hand defence. It was a stone cold penalty — and red card. Yet, it was totally missed by Marrufo — and if he didn’t see it, you have to question how a referee at the level of calling a championship game, a guy named the best official in the league, is out of position when the ball is rattling around in the penalty area.

If Marrufo is indeed the best the league has, the best that the Professional Referee Organization has, the performance by him and his linesmen in MLS Cup is cause for greater concern.