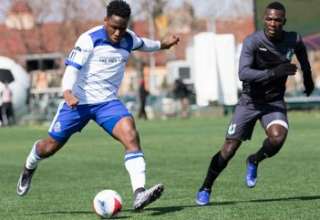 The rumour has been active throughout the hiatus between the NASL spring and fall seasons. On Tuesday, it was confirmed as fact.

Extraordinary circumstances have led FC Edmonton to release fullback Eddie Edward, an Ottawa native, so he can be close to his family in a trying time. He then signed for the Ottawa Fury.

“It is a serious family situation that Eddie and his family are dealing with,” said FC Edmonton coach Colin Miller in a release issued by the club. “Not in any way, shape or form was this ever a football decision, it is a humanitarian decision.”

And the Eddies made it clear that Edward was released — and Ottawa signed the players as a free agent.

The Eddies have always prided themselves as being a team that cares about the personal lives of the players; in the past, the Eddies have actively tried to help players’ families settle — and help wives and/or partners acclimate to life in Edmonton. This was simply a case of the club doing the right thing for a player who needed to be closer to home. And while it’s tough to lose the club’s everyday starting right back, it does send a message to players and agents that FCE is a team that tries to do right by its players.

“I’d like to thank FC Edmonton for providing Eddie the opportunity to be close to home during a difficult time for his family,” said Fury head coach Paul Dalglish. “We are delighted to welcome Eddie back home and are thrilled to have him in our squad. Eddie brings experience, a determined work ethic and will fit into our system very well.”

The Eddies plan to have one new trialist in camp soon.

Edward played in 79 games for the Eddies over the past three and a half seasons — he played 20 games for the Puerto Rico Islanders in 2012. 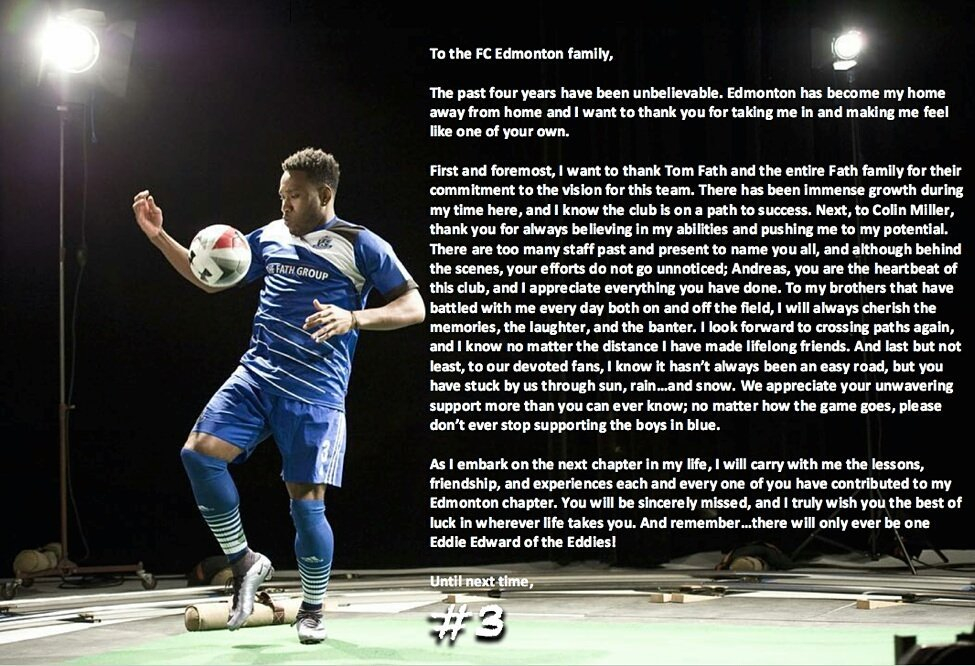