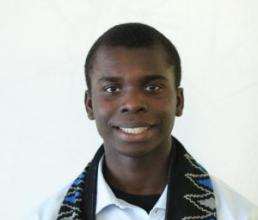 Forward Aymar Sigue is just 15 years old — but he’s beaten anyone on FC Edmonton’s senior team to the shop window.

Sigue, who was part of the national U-17 development camp and was named to the U-15 national team last June for a tourney in Mexico, will be leaving Edmonton for Vancouver.

On Tuesday night, as FC Edmonton unveiled its residency players for the 2013 season, the team confirmed that a deal has been reached to send Sigue to the Whitecaps Residency.

“It’s a big step up for him, it’s great for his development,” said FC Edmonton assistant coach Jeff Paulus, who coaches the FC Edmonton Reserve side that is filled with many of the residency players.

Paulus said Sigue will move to the Whitecaps’ Residency as soon as his school transfer is sorted out.

“For our development focus, it’s a great for our club,” said Paulus. “If the players do move on, it shows we are taking the right steps in developing the kids.”

Because FC Edmonton have established Sigue’s developmental rights, the Whitecaps will have to pay the Eddies a fee if Sigue eventually signs an MLS contract. If the Whitecaps sell Sigue to another club, FC Edmonton also gets a portion of that money.