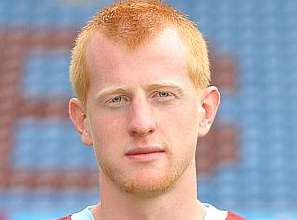 At the end of last season Richard Eckersley made no effort to hide his frustration with Burnley, the English club who held his rights.

The former Manchester United product was not getting much playing time with the Championship club and resulted in him being loaned out to Plymouth Argyle, Bradford City and Bury. But his fortunes changed with a loan to Toronto FC last year.

Eckersley featured in 23 matches for the Reds and started in 22 of them. He worked hard on the pitch but was exposed at times during the Nutrilite Championship and CONCACAF Champions League play. For the most part his tenure was a success and TFC management made it a priority to bring him back into the fold.

After the season ended, Eckersley had heard nothing from Burnley and voiced his opinion to the media and none of it was positive. After a brief return to England, he managed to talk Burnley into terminating his contract and opening up the chance to sign with to TFC.

“To be honest, I didn’t want to go back to Burnley after being here,” said Eckersley. “The standard and the professionalism here has been fantastic and the coaches have been fantastic, the fans, everyone.”

“I didn’t want to go back to Burnley and be part of that frustrating situation again where I’m sitting on the bench or sitting in the stands where I’m not appreciated for my ability. So it’s good and we got a good team now. I’m looking at the future, I’m not looking back.”

TFC announced another signing during Thursday’s media day and it was another defender as well. Head Coach and Technical Director Aron Winter continued to beef up his backline and added Ecuadorean international Geovanny Caicedo.

“Caicedo brings great club and international experience to Toronto FC and can compete for a starting position,” said Winter of the six-foot-two defender. “He is a player that we have been watching for some time and we felt he would be a good fit at our club and in Major League Soccer.”

Winter has had his eye on Caicedo since he represented Ecuador in a friendly match against Canada in Toronto last June. The 30 year-old has spent his entire club career in his home country and is familiar with new teammate Joao Plata as both have played for LDU Quito and the national team.