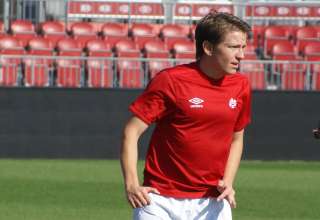 For those interested in some of the intricacies of how the league works and how centrally-controlled contracts are administered, the most interesting bits come at the end of the last page (if you search by team, that is). On that final page, you’ll find the unattached players whose contracts are still being paid out by the league.

Earlier this year, union executive director Bob Foose explained to us that the unattached players on the MLSPU lists are still being paid by MLS. (CLICK HERE)

Also on the unattached-but-still-being-paid list is Nico Muniz, a former Real Salt Lake player. And, Paulo Jr., who was chopped by the Vancouver Whitecaps this past spring, is still on for his US$60,000 salary. What’s interesting about this is that Paulo Jr. is playing pro soccer. In August, his move to the NASL’s Fort Lauderdale Strikers was confirmed. But, according to MLSPU, he’s still being paid by MLS.