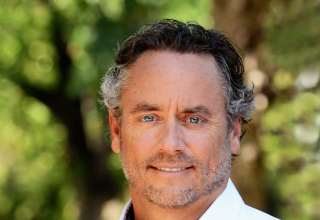 Brett Wilson will jet from Calgary to London on Wednesday night. On Saturday, he’ll be at Wembley Stadium to watch Derby County and Queens Park Rangers fight for the right to get the final ticket to the Premiership.

Wilson made his fortune in the energy sector, is a former member of the Dragons’ Den cast and a prominent angel investor. But he sounds anything but angelic when he talks about this weekend’s match. He is confident that the Rams will book their tickets to the Premiership by beating QPR on Saturday.

Wilson owns a quarter of Derby County; he’s part of a U.S.-Canadian consortium that also includes North Vancouver-born Jeff Mallett, a Whitecaps’ investor and principal owner of the San Francisco Giants. This trip will mark the fourth time this year he’s headed to England to watch the club.

Derby County finished third in the Championship table, which put the Rams into the playoffs for a spot in the Premiership. In England, the top two teams in the Championship each earn automatic promotions to the Premier League, while teams three through six play in a bracketed playoff system, with the winners of the first round going on to play the sudden-death match at Wembley.

But, even though the Rams finished third in the table, manager Steve McClaren had his team playing the most attractive football in the division. Derby scored 84 times, more than any other team in the Championships. Striker Chris Martin scored 22 league goals and three Cup goals. Midfielder Craig Bryson scored 16 times.

CEO Sam Rush told BBC that he doesn’t feel that the Rams need a major overhaul if they win on Saturday. He thinks that Martin and Bryson and the rest of the core players can compete in the Premiership.

Wilson agrees with that philosophy. He said it’s taken about five or six years to get everything right — from making the stadium more fan friendly to expanding the Rams’ youth development program.

Wilson expects the team will retain a large number of core players, but he also expects that players who were on loan to Derby from Premiership clubs will be recalled. He expects those “loan deals to be torn up” if the Rams get promoted.

Now, as Calgary’s most prominent soccer investor, the question had to be asked: With so many rumours swirling about NASL looking to expand to Calgary, would Wilson be in the mix?

“If it turns out that I am going to be a 25 per cent owner of a Premiership team, then it will take all of my time and energy to focus on it.”

Basically, if Derby makes the jump and Wilson joins the club that includes the likes of Roman Abramovich, the Glazer family and Stan Kroenke, there simply wouldn’t be any time for him to devote to a Calgary team.

Wilson grew up in Saskatchewan, and fondly remembers his time cheering on the Saskatchewan Roughriders. In fact, when he saw his first soccer match in England, the passion of the supporters reminded him of Rider Pride, minus the Pilsener cases and watermelons on the heads of the fans.

Would the wearing of watermelons be a tradition that Wilson could pass on from Saskatchewan to Derby County?

“They’d need to be rotten watermelons,” he said, “so they could be black for Derby County.”