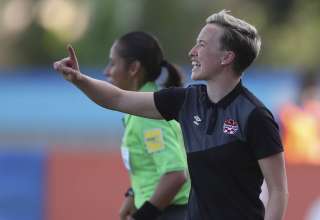 Bev Priestman will be leaving her various roles within Canada Soccer to move back to England and take over as an assistant coach with the women’s national side.

“I am delighted and excited to move to my new position with the Lionesses,” said Priestman in a release issued by the English FA.

Priestman has coached both the U-17 and U-20 women’s national teams. She was an assistant with the senior women’s team and had was the director of the EXCEL program for 15- to 23-year olds.