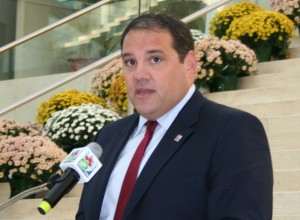 Canadian Soccer Association President Victor Montagliani believes that having an NWSL club north of the border isn’t just about developing domestic women players. He believes Canadian top-flight pro teams are about preserving a unique soccer culture in this country.

Montagliani was at Edmonton’s City Hall Monday, for the launch of the U-20 World Cup ticketing campaign. Edmonton is one of four host cities and, in 2015, will stage more Women’s World Cup games than any other Canadian centre.

“I think it’s important to have an NWSL team, because it allows us to keep our unique identity and culture, when it comes to football,” said Montagliani. “And that unique culture is important for the male and female game.”

But, if Canada is to have an NWSL team, where would it go? FC Edmonton owner Tom Fath has said that if his NASL men’s side was to break even, he’d consider throwing in for an NWSL side. The Eddies launched women’s programs in Calgary and Edmonton this fall.

Or, would it be better off in an MLS city, where it could dovetail with Toronto FC, the Whitecaps or the Impact?

Montagliani said he believes there is lots of room for Montreal, Toronto or Vancouver for a women’s pro team, but that the CSA would also back a venture in a non-MLS city.

“If you take a look at the NWSL right now, out of the Americans teams there, not all of them are in MLS markets. So, if it works for them, why wouldn’t it work in Canada? I don’t see it that way than an NWSL team has to be in the same city as an MLS team. What we want is committed, stable ownership, that ticks off all the boxes.”

Montagliani said there were interested Canadian investors who came forward when the NWSL was launched, but it didn’t pan out into a team. But he thinks that, if both the U-20 Women’s World Cup and Women’s World Cup are successful, it will drive interest, and show that the women’s game is more stable.

But, if Fath ever decided to take the plunge, Montagliani said the CSA would back him. Montagliani said Fath has been the kind of investor Canadian soccer needs more of, willing to invest in the grassroots of the game. But, of course, Montagliani said he’s not the commissioner of the NWSL nor is he on the board of governors.

“I think Tom Fath has proven to be a very committed owner,” said Montagliani.

But, as investors look to move the Toronto Lynx into Hamilton — and build an affiliation with Toronto FC as mandated by the MLS-USL working agreement — it looks as if the position has been softened. Toronto Lynx president Alain Theroux has asked Hamilton’s council to consider a plan to allow it to become a tenant in the new Tim Hortons Field.

Included in the documents to Hamilton City Council was a CSA letter of support for a Hamilton USL team.

When asked if a Hamilton USL team would get sanctioned, Montagliani said it’s too far away to say yes or no.

“They are still far away from getting to that point,” said the CSA president.

But Montagliani said situations like Hamilton’s could be examined on a “case by case” basis.

“It’s about creating as many opportunities as we can for Canadian players, Canadian coaches,” he said.

And he said sanctioning is a lot more than a rubber stamp. A club has to prove itself to the CSA, that it’s financially viable and invested in the future.

“When we put in the moratorium (on sanctioning lower-division teams in non-Canadian based leagues) we didn’t do it so we could say we did not want to sanction this guy or those guys. We wanted to take a long look at our pyramid and see how it could develop. We wanted to see what would happen with the Quebec semipro league and now an Ontario semipro league. We have some things that we want to happen in the next two or three years in relation to the professional game and the way the pyramid is shaped in Canada.”

As for those plans, Montagliani said the CSA isn’t ready to unveil them yet.