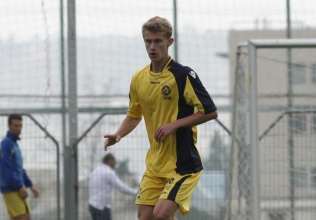 Oliver Spring was just 13 years old, trying out for TFC Academy, when he suffered his first concussion. A ball, travelling at high velocity, careened into his skull. Spring dropped to the ground.

Later in his teen years, playing for the Ontario provincial side, Spring suffered his second concussion; his head crashed into the shoulder of an opponent, then into the ground.

Since then, Spring has been abroad; the Toronto-born centre back has trained with the youth wing of Dutch giant, Feyenoord; he also spent two years with the youth team of Israeli side, Maccabi Tel Aviv. Spring is now at Duke University in North Carolina, and is preparing for his freshman soccer season at the school. He hopes to major in physics.

Why physics? Because the science of collisions fascinates him. He studied concussions in high school; during his final year at an international post-secondary institution in Israel, he wrote his research paper on how concussions are handled in various professional sports. He can speak to the causes of a concussion; how fast the players are moving; how much distance they’ve been able to cover — and how much momentum has been built up.

As a centre back, always fighting to win crosses, the risks of concussion are higher. And it’s a concern for Spring.

“What concerns me is the conditions that concussions lead to down the road,” says Spring. “They have been linked to early onset of dementia, Alzheimer’s and depression — even suicide.”

As a soccer player who has suffered concussions, Spring understands the hesitancy to change the way they are treated on the field. Under FIFA protocols, all players who suffer head injuries are supposed to be examined, but we saw in the most recent World Cup that players and teams often kept their players on the pitch.

Spring says that in the heat of the moment, you don’t think of the effect that the concussion can have on your life. “Especially at something like a World Cup, where the stakes are so high. As a player, you want to stay out there.”