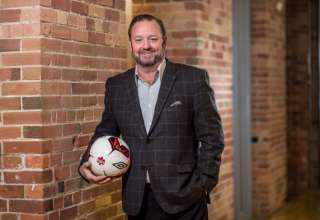 With only six months to go before the Canadian Premier League kicks off, the slate of teams is apparently set. In an interview at the Got Game trials in Vaughan, Ont., league Commissioner Dave Clanachan confirmed that we will most likely see seven teams in the league’s inaugural season.

“We are zeroed in on the seven (teams), obviously. I wouldn’t say it would take a minor miracle, but it would take something very innovative to happen very quickly (to add an eighth for 2019)”, said Clanachan.

With the Ottawa Fury deciding in September to play the 2019 season in USL, there were suggestions that the Canadian Premier League might have a dark horse team that could be brought forward to compete in 2019, and thereby makeup the preferred eight team table. But with a six month window before kickoff, and with open discussion of the seven home kits and seven away kits developed by new kit supplier Macron, seven teams, not eight, is all but confirmed for 2019.

As for 2020, and the league’s possible expansion, Clanachan identified four locations where teams are furthest along in the process and most likely to join the league. The first of these is the aforementioned Ottawa. “Kitchener-Waterloo-Cambridge, we think there’s a path to 2020 there. I hope there’s a path for 2020 in Saskatchewan, and also in (the province of) Quebec”, stated Clanachan.

The rest of the month of October could be busy, as Clanachan expects information about roster rules and player acquisition to be finalized. And player signing news might also come soon. But as for an eighth team in the league, expect that announcement to come for 2020.