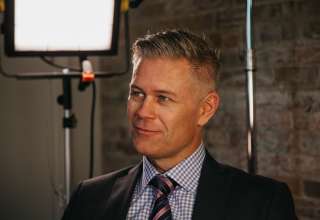 Less that a month after York 9’s vice president and head coach Jim Brennan disclaimed any concern over sluggish membership sales, the numbers have surged.

In early October, five months after the team’s launch in May, membership sales were reported at 256; many of the other Canadian Premier League teams had each passed the 1,000-member mark. There are few available indicators to show how well Canadian Premier League teams, working toward the league’s inaugural season in 2019, are doing. New members of CanPL teams often report their membership number on social media, providing at least a small insight into a club’s progress.

York 9 might be beginning to turn the corner. And team President and CEO Preben Ganzhorn says that this has created a “real buzz around our office.” Ganzhorn credits the turnaround to several initiatives the club has recently launched.

“We have a geo-targeted online [social media] campaign in place. That is driving the awareness in the area of the club and that we are starting our conversion of membership deposits into season tickets. The other thing is the fact that we now have this agreement with the clubs and the program in place where they get a financial benefit … they sell a $399 ticket and we will [return] $50 to the club. So there is a great opportunity for the clubs to have a significant amount go back to them based on that commitment from us. And those are really the [two] things that are driving [membership sales].”

At time of writing, the club’s membership numbers have nearly tripled during October to 702, an amount that still leaves them behind five of the other clubs preparing to kickoff in April, but represents a significant increase.

“We were kind of waiting to really push for memberships because we wanted people to see what the offering was,” says Ganzhorn “And now that we’ve released some of these renderings of the stadium it’s really helping to drive the awareness and understanding of ‘What is it that I’m buying into here?’”

But even if a corner has been turned, there are still bumps on the road. When York 9 released its stadium renderings — the club will begin 2019 at Alumni Field on the campus of York University and then move to York U’s York Lions Stadium once renovations are complete — it also released its season ticket prices and there was an immediate negative reaction on social media. In particular, the price jump from $199 per season ticket for a standing supporter’s area behind the goals to $399 per season ticket for a seated general admission grandstand was seen as excessive by commenters on social media platforms such as Twitter, Reddit, and the Voyageurs Forum.

York 9’s supporter’s section tickets are in line with the other four clubs who have released their pricing to date. Both Hamilton Forge and Halifax Wanderers are charging an identical $199 for their supporter’s section while Winnipeg Valour and FC Edmonton are charging $225 and $240 respectively. But these same four clubs also have seating options that come in under $399 for a season ticket. For example, Forge has $259 and $339 options while Valour has $270 and $315 options. FC Edmonton is the most directly comparable with all seats along the sidelines being priced $375 per season ticket or higher.

Despite the reaction, Ganzhorn is undeterred saying that the majority of the feedback the club has received about ticket prices has been positive. He states that prior to determining their prices the club used nearby Toronto FC’s ticket prices as a benchmark and says on average York 9’s are “60 per cent cheaper.” And the new CanPL club is hoping to take advantage of other factors, such as York Region’s residents having an easy trip to York University to watch York 9 rather than a much longer and more complicated trip to Toronto’s lake shore to BMO Field to watch TFC.

Ultimately, the answer to whether or not York 9 has gotten it right will be seen in the stands during the inaugural season. Come April 2019, membership numbers may be a distant memory and paid attendance will tell the real story.