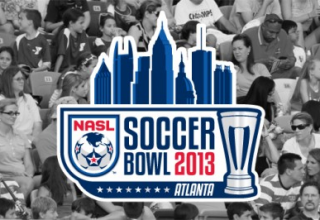 On Friday, the NASL finally announced the Canadian broadcast info for Saturday’s soccer bowl. Talk about taking it down to the wire.

But NASL supporters, and the curious, from coast-to-coast will be able to watch Saturday’s match between spring season champs (and host) Atlanta Silverbacks and the fall season champion New York Cosmos.

The NASL confirmed that the game will be available through its UStream partner, at NASL.com. It kicks off Saturday at 7:30 ET.

The league also finalized a deal to have the game air live on Euroworld Sport, but the station is only available to viewers in Ontario and Manitoba.

It took until the 11th hour for the league to finalize the streaming plans. The American rights to the game belongs to ESPN, which is broadcasting the game in English on its ESPN3 webchannel. But, to get ESPN3, you need to have an American TV or wireless provider.

The feed on NASL.com will be limited to Canada; American viewers must go to ESPN3 or ESPN Deportes to watch the game.