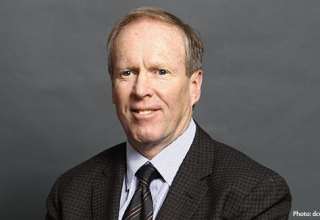 “I think, from the beginning, we had a clear vision of what kind of club we wanted to be. I had certain models in mind when it came to the way I wanted our club to be thought of. The Boston Celtics of the ‘60s and ‘70s. And, fans in Toronto might not like it when I say this, the Montreal Canadiens. Not just their on-ice success, but that there was something regal about the way they carried themselves as a club. In our mission statement, we say we want to win championships and serve the community.”

That statement came from then-D.C. United president Kevin Payne, in an interview I did with him back in 2009. Of course, the team he was talking about was D.C. United, but it gives some insight to the kind of standards the man has when it comes to building a sports franchise.

On Wednesday, Payne was confirmed as the new president of Toronto FC, just a day after it was announced that he’d ended a 15-year run as the head man at D.C. United.

Payne is definitely a man who thinks of sports teams on a grand scale, that they are more than wins and losses. He believes clubs should carry mystique, that they should stand for something.

And, in his years with D.C. United, it’s always been clear that he is the man who steers the ship. Even through various ownership changes, Payne has always kept a firm grip on the reins. And, with a new ownership structure in place in America’s capital, Payne saw that maybe this time around he wouldn’t have the kind of control that he normally exercised over the club.

So this is where it gets interesting. He comes to Maple Leaf Sports and Entertainment, an organization notorious for its levels of bureaucracy. We have seen the NHL Leafs, NBA Raptors and TFC paralyzed as the clubs wait for board meeting to decide on players and coaches.

The question will be, how will the environment change? Or, will Payne need to force his identity onto the club? Or will the new ownership of Maple Leaf Sports and Entertainment — the media giants from BCE and Rogers — know that it’s better to leave experienced people in charge and not question their decisions?

None of these questions will be answered now. They won’t be answered before the 2013 season begins. Only slowly, as we see the club progress (or not progress) can we judge if Payne can clearly transform TFC into a sum greater than its parts.

This will clearly be a question of control. Will Payne finally be able to bring order to a front office that has, for too long, been plagued by a case of too many cooks in the kitchen?

In Mo Johnston, Toronto FC had a leader who was too often held to promises made to one particular agent. When John Carver and, later, Chris Cummins, coached the team, there were strong indications that Johnston still had his hands in on-field decisions. When Preki was brought in as coach, Johnston was reduced to a figurehead, taking the hits for decisions that Preki was making.

That led to the unholy union of Paul Mariner and Aron Winter, two soccer people with wildly different philosophies, who were basically hired to do the same job. That battle of wills created a team that was disjointed and really never had an indentity.

At least in the early Johnston years, the team was likable. Players like Danny Dichio and Carl Robinson and Maurice Edu were at least worth cheering for. But, as time went on, even the hardest of TFC fans understood that sticking with the team was sort of like pledging to the Sith Lord. It was a team that blamed others for its own woeful mismanagement (i.e. the MLS-blocked-Olof-Mellberg-deal accusations), and the fan favourites were replaced by a carousel of bit players and underperforming veterans who weren’t worth tossing seat cushions to celebrate.

Payne needs to give this team an identity. He needs to make this team his. Now, if only the people around him will let him do his job.