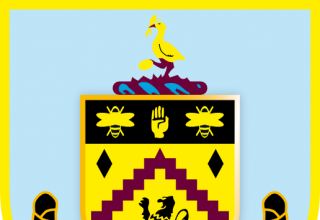 English side Burnley released a statement Wednesday confirming that the club has cancelled the remainder of defender Richard Eckersley’s contract. The cancellation of the deal would make it easy for Toronto FC to get Eckersley signed to a full-time MLS contract. The English defender took over at right back for the club after coming to MLS on loan from Burnley, where he never got the chance to play. The cancellation of the deal would also allow MLS to avoid paying a transfer fee — something which the league has so far been loath to do in any case where a player isn’t a major star attraction.

Here is the statement from Burnley: “Burnley Football Club can confirm that the remainder of the contract of defender Richard Eckersley has been cancelled by mutual consent. “The former Manchester United full-back had 18 months left to run on his existing deal at Turf Moor but is now free to find another club. “Eckersley joined the Clarets from Old Trafford in July, 2009 under former boss Owen Coyle but went on to make just a handful of appearances for the club. “The 22-year-old spent spells out on loan with Plymouth Argyle, Bradford City, Bury and Toronto FC.”

Eckersley is a good raw talent who became a fan favourite in 2012. But he was exposed in some of the CONCACAF Champions League matches by teams who chose to attack directly down TFC’s right side. Eckersley, like Marvell Wynne before him, can get caught out of position when he gambles up the right side. But Wynne has developed into an excellent defender (albeit as a centre back in Colorado), and Eckersley still has some time to develop.

Eckersley does have major upside moving forward, but Canadian Doneil Henry showed major promise late in the season when he was thrown onto the right side of the back line. If Toronto FC wants to get those 10 or so extra points it needs to become a playoff team, the whole back line needs to improve.

Despite the praises thrown on Eckersley by TFC fans, we need to remember that he was part of a backline that had the worst goals-against record in MLS last season. So, re-signing him is a step — but it TFC wants to contend it needs to be in a position where there is competition for all the spots on the back line.