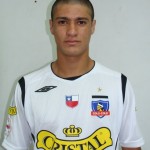 Colo-Colo product and former Chilean U-20 national-team striker Yashir Pinto has been linked to an FC Edmonton move by multiple sources. But FCE would not confirm nor deny the reports on Tuesday evening.

Pinto was not seen at recent training sessions and was not at FCE’s practice on Tuesday. He hasn’t updated his Twitter feed since last November.

But, a web page dedicated to Chilean footballers playing abroad has reported that Pinto will be on the move from Colo-Colo to FC Edmonton. Soccerway, a player tracking site, has also switched Pinto’s team from Nublense, where he was on loan last season, to FC Edmonton. A check on Nublense’s 2012 roster does not show Pinto returning to the second-division Chilean club.

There could be fire behind the smoke. Colo-Colo was in Edmonton back in 2010 to play FCE as the Chilean power club toured Canada, a series which also included a game against TFC Academy.

But a deal would make sense from a marketing standpoint, especially if FCE can finalize a deal to leave Foote Field and move to a larger stadium for 2012. Those negotiations with the city are ongoing. That would mean more tickets to sell. Of course, with Edmonton’s large and tightly knit Chilean community, having a Colo-Colo product gives FCE a marketing boost with that potential fan base. If FCE could mobilize the city’s Chilean population, it could provide a massive spike in ticket sales — it’s hard to overlook the public-relations value of this potential deal.

With Matt Lam coming back from his loan spell in Japan and Pinto potentially arriving from Chile, coach Harry Sinkgraven will have more options up front — and it will make competition tighter for spaces.