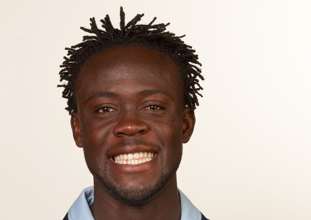 Up to the 28-minute mark of what would become yet another Toronto FC debacle on the road, the Reds had given coach Aron Winter and their supporters some signs of hope. Despite the sweltering temperatures in Kansas City, TFC didn’t sit back and simply try to play rope-a-dope. The Reds seized the initiative and could have been up 2-0 within the first 10 minutes. But, in his second MLS start, Designated Danny Koevermans was denied on chance No. 1 by Sporting Kansas City keeper Jimmy Nielsen, then slammed his shot just wide on chance No. 2.

But, after Kei Kamara scored on an audacious scissor kick in the 28th, TFC lost its shape, composure and desire. The Reds were down 3-0 by half and went on to lose 4-2.

“I feel that the first 20 minutes we were the better team, we had the better opportunities, but it came back to haunt us that we didn’t get a goal,” said Winter after the match. “After 30 to 35 minutes, we had given away the game. We made mistakes; the first three goals were all our fault. In the second half, after some subs, we were playing well, getting some good opportunities. It was positive for the coming games.”

Yes, the Reds had some serious issues. Maicon Santos was subbed before halftime after a series of giveaways and, well, lack of hustle. The backline was a shambles. And, most disturbing, no matter how many changes Toronto FC makes to the lineup, no matter how many new faces are brought in, the lack of mental toughness carries on. TFC was playing well, and got smacked in the face by a bad bounce that was punctuated by a moment of brilliance. The corner kick from Jeferson, SKC’s new Designated Player (who, judging by how he tested TFC all game long, didn’t need any break-in time) and bounded off Maicon Santos. Kamara took to the air and converted the scissor-kick attempt. Instead of bouncing back, the Reds fell apart.

The second goal came after Maicon Santos refused to break his walking pace to try and cut off SKC’s Roger Espinoza from making a cross. And Kamara was able to separate himself from Richard Eckersley to head home.

Jeferson then pounced on a giveaway by, ahem, Maicon Santos and split the defence with a perfect pass for Omar Bravo, who was played onside by a disorganized backline. Bravo rounded TFC keeper Stefan Frei and scored into a wide-open goal.

Would it have been different had Koevermans converted either of his early chances? The first came after Ryan Johnson, who was outstanding in a losing cause, made a good run down the left and slipped the ball to an overlapping Mikael Yourassowsky. The Belgian fullback then laid the ball across the box for Koevermans, who was denied by a diving save from Nielsen.

Just minutes later, Torsten Frings lofted a perfect pass over the SKC defence that set Koevermans free. He slammed the shot wide. In the second half, Koevermans got the goal that his hard work had earned. Johnson was the provider, delivering an inch-perfect cross for his Dutch teammate to head into the goal.

Bravo got his second goal of the game as TFC’s defence was exposed yet again. He had an easy time converting a pass from defender and former No.1 Superdraft pick Chance Myers.

Johnson pounced on an errant back-pass from defender Daniel Cyrus, who came in as a second-half sub for the injured Aurelien Colin, and got the final goal of the match. Even though it was off a miscue, it was a goal that Johnson — TFC’s best player on the night — deserved.

TFC midfielder Joao Plata didn’t make the trip, as his work permit wasn’t sorted out in time. The paperwork is now done and the Ecuadorean shouldn’t miss any more games in the U.S. this season.