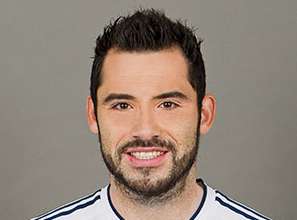 The Vancouver Whitecaps made a move today that may catch the attention of more than a few NASL front offices.

The team announced Thursday that Maltese striker Etienne Barbara was one of three players who will be released by the team on Dec. 2.

Barbara was the NASL MVP in 2011. That season, playing under coach Martin Rennie with the Carolina RailHawks, he led the league in scoring. But, with so much of his success tied to his partnership with Pablo Campos, the jury was out on whether or not Barbara could exist without his offensive soulmate.

It wasn’t easy for Rennie to bring Barbara to Vancouver. Montreal had the claim on Barbara, but could not reach a contract agreement with the Maltese striker. The Impact then traded that claim after the MLS SuperDraft to the Whitecaps in exchange for prospect Gienier Garcia.

Barbara got a deal worth US$87,500 from Rennie and the Whitecaps, significantly more than the entry-level deal that the Impact had looked to give to the forward.

But Barbara began the season hampered by injury problems — and then played in just two Amway Canadian Championship matches and then two sub appearances in MLS games. Despite the Whitecaps’ scoring woes through much of the second half of the season, Barbara could not get a sniff.

Meanwhile, Campos moved onto San Antonio and won the NASL MVP award for 2012, cementing the notion that much of Barbara’s 2011 success had to do with his former Brazilian strike partner.

So, now the question. Do NASL general managers see Barbara’s 2011 MVP season as a flash in the pan or do they come out looking for the 30-year-old striker?

Also cut loose by the Whitecaps was young American reserve goalkeeper Brian Sylvestre, who never made an MLS appearance with the club over two seasons in the organization.

And the mysterious mid-season signing of Brazilian midfielder Tiago Ulisses will remain, well, mysterious. He made two reserve-league appearances for the ‘Caps, and that will be it for him. He may go down as the hardest member of the Whitecaps all-time roster to name in a Sporcle quiz.