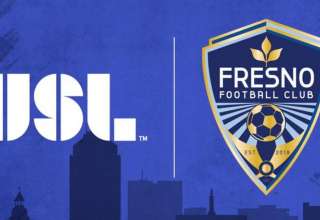 As Trek nerds know, the Kobayashi Maru is the final test for a Starfleet cadet. It is a battle simulation you can’t win; you get a distress call from a defenceless ship (the Kobayashi Maru) that’s surrounded by Klingon warships. Your starship is no match for the enemy, but still you try to do the right thing and rescue the innocents who have been ambushed. You have to keep your shields up to fight the Klingons, but you also need to drop them so you can beam survivors from the Kobayashi Maru to your ship.

Facing the no-win situation is the final lesson about duty and, yes, death.

The Whitecaps’ front office has faced its own Kobayashi Maru scenario over the past several months. The long-running rumours were confirmed this weekend, as WFC2 played its final game of the USL season in front of less than 1,000 fans. WFC2 will not be back next year.

People who follow this site might have been expecting a column raging about the Whitecaps decision to affiliate with Fresno FC next season — an American USL team that won’t have to take more than eight Whitecaps prospects. As well, there will be no Can-con standards for the Whitecaps to deal with when it comes to their deal with Fresno.

But, no. Frankly, the Whitecaps were backed into a corner. When the USL got its Division-2 status from the USSF for the 2017 season — moving up from Div-3 status — it began a chain of events that really could have only ended this way.

When the Whitecaps, Montreal Impact, Toronto FC all applied to have affiliate teams in the USL, the league held only Division-3 status. It featured an odd mix of teams that were “2” teams of MLS parents, clubs that were affiliated with MLS sides and independent clubs – including some that had aspirations to become MLS teams.

The independent clubs led USL’s push for Division-2 status and, this past season, they succeeded. But, at the same time, the first domino fell. The Impact folded its “2” team, finding a better arrangement in affiliating with the Ottawa Fury. But, really, you couldn’t come close to fielding a team with the number of Impact prospects who actually played for the Fury in 2017.

TFCII and WFC2 continued on this season but, like a lot of the “2” sides, needed waivers for Div-2 status. The Whitecaps played games at  McLeod Athletic Park (capacity: 2,200) and Thunderbird Stadium (capacity: 3,500). The Div-2 rules require a stadium that holds at least 5,000.

Of course, the irony is that these are American Div-2 rules. Canada does not have a Div-2. But these Canadian teams are playing in American leagues, to American soccer politics

USL president Jake Edwards has gone on the record saying that, for 2018, the USL will not ask for waivers. That means no stadiums that hold less than 5,000. So, the Whitecaps would have needed to move WFC2 to a larger venue, pay higher costs and upgrade the team so that it could “feel” more independent.

All for a team that has struggled to attract even 1,000 fans. It would have made no sense.

As well, the pressure was ramped up when NASL got word that it wouldn’t get Div-2 status for 2018 and then decided to sue the USSF. NASL also asked courts for an injunction to restore the league’s divisional status until the court case is heard. That injunction plea goes to court in Brooklyn on Oct. 31.

One of the central pieces of the NASL/USSF dispute is the issue of waivers. NASL has got them every year it has existed, but claims that USL is getting them as well. So, if USL and its teams were to get Div-2 status extended for 2018, and needed waivers to do so, they’d only be aiding and abetting the legal claims of their rival league.

Another hit to the Whitecaps.

In the end, we will see USL as a failed experiment for Canada’s MLS teams. The idea was noble at first, “2” teams that would allow young prospects the chance to get real game time. Canadian content rules would ensure more than half of the players on the field were, well, Canadian.

But, American division politics came into play, and Canada’s “2” teams are collateral damage. The losers, of course, are the prospects. The soon-to-come Canadian Premier League doesn’t have a rulebook yet, so we’re not sure how or if its teams will take players on loan from MLS sides. And Fresno’s ownership isn’t going to want to run out a team that’s mostly Canadian. NASL’s future is uncertain.

In the end, with American soccer politics being what they are, there really was very little chance for a Canadian developmental program to survive in what USL has become.