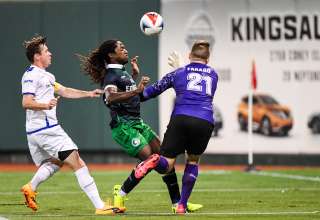 FC Edmonton has been eliminated from the NASL playoff race.

What has been apparent over the last month became a mathematical certainty on Saturday night, as the Eddies got a valiant goalkeeping effort from Tyson Farago in a 0-0 draw at the New York Cosmos.

The Eddies have 26 points and four games left. New York and Jacksonville are tied for the fourth and final NASL playoff spot with 38 points. But, even though the Eddies could hit the 38-point mark if they won out, Jacksonville and New York still have to face each other one more time, so it’s impossible for both of them to finish on 38.

“I knew it was always going to take a miracle for us to make the playoffs,” said FCE coach Colin Miller after the match. “I would rather focus on the team’s performance tonight. I am very pleased with the effort, and hopefully we can carry that momentum into Wednesday’s game.”

The Eddies face a Jacksonville side Wednesday that has yet to lose or draw against FCE this season.

Farago played the first half under the shadow of a giant #SunilOut banner erected by Cosmos fans. U.S. Soccer  president Sunil Gulati would not be the most popular person with fans of the Cosmos, as not only did the United States fail to qualify for the World Cup, but Cosmos owner Rocco Commisso is at the forefront of an NASL lawsuit targeting the USSF. The USSF has decided to not sanction the NASL as Div-2 league for next season, and the NASL is a seeking a court injunction that would protect its Div-2 status until a lawsuit can be heard.

And Farago got to work early, diving to tip a Emmanuel Ledesma free-kick off the post inside the 10-minute mark.

Farago also made an outstanding fingertip save on a Ryan Richter second-half effort.

“I am very happy for Tyson,” said Miller. “He has been very consistent ever since he came into the team. As you know, Nathan (Ingham) lost the job not because of his play, but because of injury. But Tyson has shown consistency, he has been good getting crosses. And I thought tonight might have been his best game in an FC Edmonton jersey.” 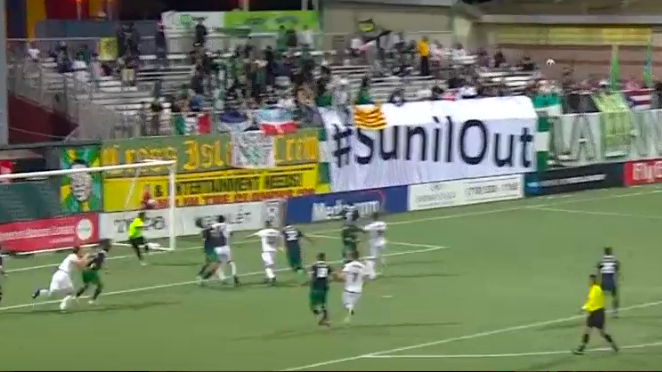 The Cosmos did get a ball across the line; early in the second half, Javi Marquez pounced on a free kick and hammered a half-volley into the goal. But referee Younes Marrakchi blew the play dead, claiming that Cosmos defender Carlos Mendes had committed a foul in the box. Mendes had delivered a basketball-style pick that prevented defenders from coming across to mark Marquez.

“I thought the back four and Tyson were immense tonight,” said Miller. “There was a lot of pressure on them. There’s pressure on New 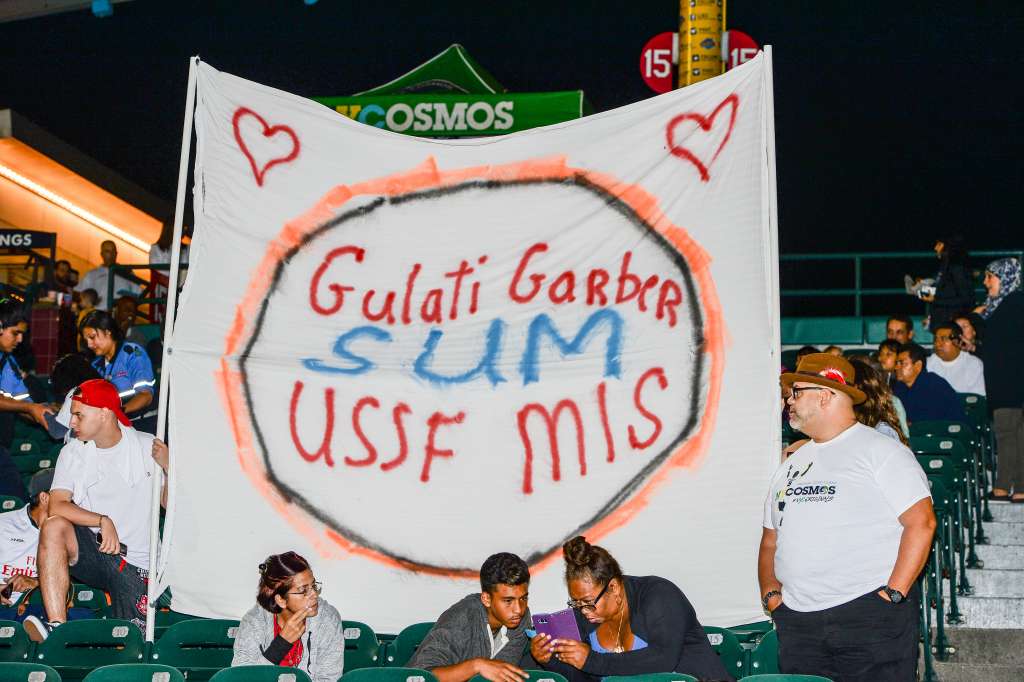 York. They are battling for a playoff spot.”

The Eddies’ best chance to break the deadlock came in the first half. Fullback Pedro Galvao blocked a Cosmos shot in the box, then sent a long ball up the right wing for forward Jake Keegan. Keegan got past Mendes, but couldn’t get the ball into the Cosmos goal.