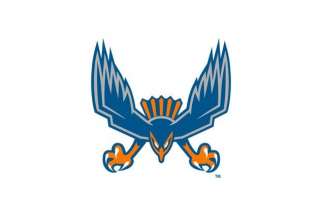 The Boys from Brazil are propping up the Carolina RailHawks franchise.

Traffic USA, which already owns Miami FC and is a “strategic partner” in the Atlanta Silverbacks franchise, announced Friday that it was taking the lead financial position in a new partnership in the struggling RailHawks franchise.

The move was made as NASL reapplies to the United States Soccer Federation for an official Division-2 sanction. The USSF stripped the NASL of its preliminary Div. 2 status last week — and Carolina was targeted as the weak sister.

Paul Singh will retain his stake as a minority partner in the club, while Traffic USA, a subsidiary of the Brazil-based Traffic Sports agency, which has holdings in Brazil and Portugal as well, plus represents hundreds of players, takes the lion’s share of the club. Curt Johnson, who was at the helm of the Kansas City Wizards during its 2000 MLS Cup-winning season, takes over as the new general manager.

“Traffic Sports is excited about the new Carolina RailHawks. We believe that the Triangle area is a great market and that the Carolina RailHawks will be one of the model teams of the NASL,” said Enrique Sanz, Vice President of Traffic Sports in a release. “We look forward to continuing the winning tradition of the RailHawks on the field and to taking the commercial operation to that same championship level. And with the hiring of Curt Johnson returning home to guide this team and Martin Rennie, considered one of the top young coaches in the United States, we believe we are well on our way to building an all-around championship team.”

“On behalf of the NASL, we are thankful and thrilled that Traffic and Singh Holdings have stepped up to continue professional soccer in the Triangle area. We were always confident that we would find a way to continue professional soccer in Carolina, especially considering their success on the field and the sponsorship support they have received. However the fact that they were able to acquire the RailHawks name in an auction this past weekend makes it even sweeter, It’s very fitting that we will officially launch the new NASL with the new Carolina RailHawks hosting a rematch of last year’s championship against the Puerto Rico Islanders, one of the top teams in the Concacaf region.”

The NASL cannot allow any of the five U.S.-mainland teams to die. The USSF regs state that a minimum of 75 per cent of the teams in the league have to be U.S. based in order to for the league to qualify for Div. 2 status. Of the eight teams, five are on the U.S. mainland, while a sixth Puerto Rico, is a U.S. territory, even though it has its own football federation.

While the USSF reportedly doesn’t like the fact Traffic has so much control over the league’s franchises, it has already set a precedent that it will sanction leagues with owners who have holdings in multiple franchises. In 2003, the late Lamar Hunt had the Columbus Crew, Dallas Burn and Kansas City Wizards all under the same ownership umbrella in MLS — and it didn’t affect the league’s Division-1 status. The concert-promotions giant, AEG, also has holdings in multiple MLS teams.