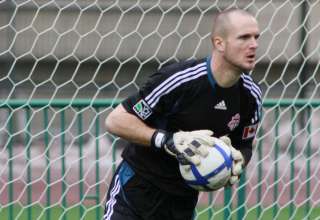 Thanks to arguably the softest opening portion of the schedule of any of the 18 MLS teams, it has been hard to grade coach and technical director Aron Winter’s progress in remaking Toronto FC.

So, Saturday’s road date in Seattle — one of the big boys in the West, and sure ro be inspired in its first game after losing midfielder Steve Zakuani thanks to a horror tackle from Colorado’s Brian Mullan — was arguably the first true exam of TFC’s credentials.

And, it showed us the club has a long way to go. A long way. All of the pundits who have been placing TFC at the bottom of their MLS power rankings were proven right as the Reds stumbled to a 3-0 loss.

And let’s make this absolutely clear. Had Stefan Frei not put in one of his best performances in his time as TFC’s netminder, the score would have been ridiculous. A seven- or eight-goal defeat would have been a fair reflection of the gap between the two teams.

Really, Frei could get a Player of the Week vote or two, had Will Bruin not earned a hat trick in Houston’s win on Friday.

It started just nine minutes in. Designated Player Alvaro Fernandez found himself wide open in the TFC penalty area and had an easy time heading home the opening goal from a Brad Evans cross. Dan Gargan, whose assignment it was to mark Fernandez, simply lost his mark.

And seattle kept coming. Frei was forced to make a great save on Fernandez, who was left in the clear to head a Fredy Montero cross on goal.

Frei made a diving stop on Montero after the Colombian was allowed — in the penalty area — to chest down a cross-field pass. Instead of challenging Montero, Adrian Cann held his ground. Montero recognized that Cann was doing nothing but screening Frei’s view, and flashed an attempt at goal. Frei picked it up late, but dove to parry the chance away.

Evans was then stopped by a diving Frei. Erik Friberg smashed an attempt just inches over the bar in the same sequence, after TFC’s defenders couldn’t get the ball out of harm’s way after Frei stopped Evans.

Finally, as the second half progressed and Seattle overran TFC as if it should playing several divisions below, Evans found acres of space on the left side, ran unopposed towards goal, and found the net.

Evans would later convert a penalty after Mikael Yourassowsky was ruled to have put his arm on the ball in the box.

After being angered by what he felt was TFC’s good result but poor performance in Wednesday’s 3-0 win over the NASL’s FC Edmonton in Nutrilite Canadian Championship, Winter decided against playing the likes of defender Richard Eckersley or midfielder Joao Plata, who both started at Commonwealth Stadium.

Nana Attakora, an automatic starter last season, continued his spell on the bench, as he could only watch the backline of Gargan, Dicoy Williams, Cann and Danleigh Borman get overmatched.

Julian de Guzman, Toronto’s Designated Player, was subbed early in the second half, while forward Maicon Santos was taken off at halftime. The moves said all that needed to be said about how Winter felt about their performances.