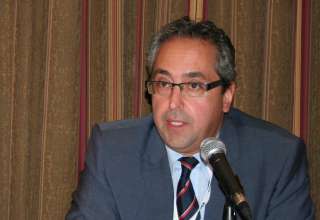 The Canadian Soccer Association is running out of time.

In 2011, CSA General Secretary Peter Montopoli told media gathered in Edmonton for a FIFA Women’s World Cup site inspection that a number of women’s team friendlies would be booked for the host cities. “We’d like to take advantage offered to us and take on top competition,” he said. “We’d play in the stadiums at the different host cities.”

It made sense: The friendlies would help the cities prepare for the U-20 Women’s World Cup in 2014 and the big tournament in 2015.

Fast forward to today’s announcement, that the Canadian women’s team will hold its hotly anticipated rematch with the United States June 2 at Toronto’s BMO Field. Since the CSA organized a press conference in Toronto for this announcement — the venue is not a surprise. And, having the women play in Canada’s largest media market makes some dollars and cents; the Blue Jays don’t play till 10 p.m. that night (in San Diego) and Toronto FC plays the day before.

But, there’s also a real need to look at the prep for the Women’s World Cup. As Toronto isn’t a host city, this game against the Americans isn’t fulfilling a promise that the CSA has made to Canadians.

(HERE’s a LINK to that story from 2011). Since Montopoli spoke publicly in 2011, the women’s team has been part of CONCACAF Olympic qualifying at BC Place and staged a friendly against China in Moncton.

The Canadian players have coached at clinics in Edmonton, but there has been no game there. Nothing for Montreal. Ottawa, of course, doesn’t have a stadium ready at the moment so it can’t be included in the debate. Winnipeg’s stadium has been delayed, but is slated to open in 2013.

If you come to Edmonton, for example, you’d be stunned to find out just how little the Women’s World Cup is being talked about. A plan to improve Commonwealth Stadium for the tournament is a cause for great debate, not a rubber-stamp approval. While it was nice to see Diana Matheson, Karina LeBlanc, Christine Sinclair and Rhian Wilkinson recently come through the Alberta capital for a City Hall reception and a series of clinics, nothing gets the promotional wheels spinning like a honest-to-goodness game. And, without the women’s team playing a friendly at Commonwealth (or in Winnipeg, or in Montreal), the biggest women’s soccer tournament there is continues to feel like something that isn’t, well, real to the people in the host cities.

Had Toronto been part of the Women’s World Cup bid (which, to be fair, is entirely on the city fathers, not the Canadian Soccer Association), there’d be no fretting over losing more time, and a friendly date, to a place that’s not part of the big tournament in 2015. But, it feels like the CSA has to be reminded that it has an obligation to the Canadian cities that are part of the bid to get the women’s team playing in those stadiums. It’s 2013, and the U-20 tournament is just a year away.