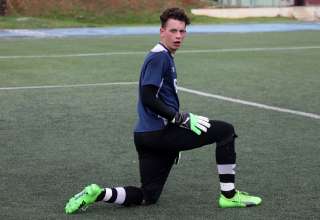 When you need to write about kids who aren’t yet at the age of majority, who aren’t getting paid to play soccer, there’s an ethical question: Knowing that many of these kids aren’t ever going to make it as pros, how cutting should your criticism be?

With that in mind, I’ve decided to begin this column with a disclaimer. These are kids. They’re not perfect. Nor should be expect them to be.

But, it’s OK to be terribly disappointed that Canada’s squad has been eliminated from U-17 World Cup contention after just two group-stage games at the CONCACAF Championships in Panama.

Cuba delivered the death blow on Tuesday with a 2-1 win. It was Canada’s second loss in two games.

To make it all the more painful, both Cuban goals were the result of dreadful errors by the Canadians. Really, Canada could have just as easily taken the ball, passed it back to keeper Gianluca Catalano, and have him turn and fire the ball into his own goal.

(OK, calm down, Steve… these are kids you’re writing about).

The opener came after Canada gave the ball away in midfield. Cuba’s Ronaldo Rosette  stormed down the wing and then decided to shoot from a bad angle. Catalano, in the Canadian goal, made the save, but ended up parrying the ball into a dead spot right in front of his own goal. Yandry Romero pounced on it and pounded  the ball into the open net.

The second goal came after Canada’s Steffen Yeates gave the ball away in the final third. A low ball was played into the area, and Catalano elected to come off his line to try and beat Cuba’s Manuel Cruz to it. They got there close to the same time, Catalano couldn’t cover the ball, and it went in.

Canada’s Alessandro Hojabrpour got one back late, but the Canadian kids didn’t have enough time left to outscore their mistakes.