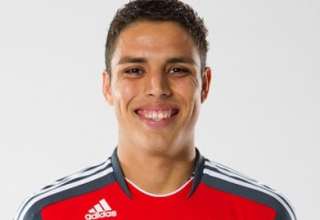 They are an obligatory part of the sportswriter’s existence. Cliched, and they come around every year.

The story about the rookie who has looked good in preseason/training camp and is destined to be an impact player once the season starts. A player’s potential is overstated and unfair expectations are placed upon him. Just how out-of-proportion the story will get blown usually depends on just how bad the team in question was the season before.

So, based on the performance Toronto FC first-round draft pick Luis Silva has enjoyed during the preseason, the columns about how he can be an opening-day starter for this team will come fast and furious.

Silva scored twice Thursday as Toronto FC beat FC Dallas 3-0 at the preseason Disney World Soccer Classic. With the win, TFC wins its group and will meet the Vancouver Whitecaps in the final.

His performance comes on the heels of a very composed appearance in TFC’s previous match, against BK Hacken, where he set up Ryan Johnson’s goal with a great ball across the box.

But, on Thursday, he was even better. On the first goal, he was able to barrel right up the middle of the FC Dallas defence and unleashead a drive that FC Dallas back-up Chris Seitz could not handle, even though he got his hands to the ball. Seitz, as TFC fans may recall, has a history of struggling when he faces the Reds; in 2010, when he was the Philadelphia Union’s No. 1, he was at fault for both TFC goals in a Philly loss at BMO Field. He allowed a shot to go right through him and then fouled O’Brian White to set up the game-winning penalty.

Seitz, however, had no chance on Silva’s second goal, when the attacking midfielder was able to smash home a loose ball that was bounding around in the FC Dallas penalty area. Silva got there first and smashed the ball home in one simple motion. He didn’t dwell on the ball. He didn’t take any time. He reacted, and the ball was in.

Johnson wrapped up the scoring, taking advantage of a juicy rebound off a shot from Eric Avila.

Silva has become Toronto FC’s story of the preseason. With a week to go before the Reds face the Los Angeles Galaxy in CONCACAF Champions League action, Silva has made a serious bid to be part of the starting XI when the Reds trot out onto the artificial surface at the Rogers Centre. And, no doubt, when it comes to preseason performances, Silva has outshined the two sexy picks at the top of the draft, Montreal’s Andrew Wenger and Vancouver’s Darren Mattocks.

Even though Mattocks and Wenger play with clubs that go into the season with more questions than Toronto FC, Silva looks most likely to be the impact player of the three.

But, again, for TFC, we are just four games into preseason, with just one of those games being against an actual MLS opponent. So, like a lot of the other can’t-miss-rookie stories you will read in preseason, this article is making some serious projections based on what is still a very small body of work.

Silva has yet to face players you would consider MLS starters; FC Dallas didn’t play its A lineup tonight, and even BK Hacken gave a lot of the subs a run-out in its game against the Reds. Silva scored two against an NCAA team in TFC’s first exhibition game of 2012.

Silva isn’t a saviour, yet. But he is maybe the most exciting prospect TFC has had in its midst since 2007, when a young Maurice Edu was the first pick overall. Yes, TFC has had the likes of Stefan Frei and Joao Plata have solid rookie campaigns, but they didn’t show so much, so fast.

Preseason is a time for fans to dream, and for us to place ridiculous expectations on players. Silva’s performances in games that don’t count will put a lot of pressure him in the future.

Here’s a look at the goals…