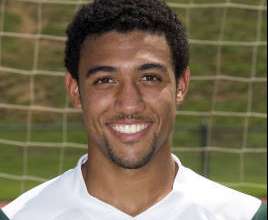 The Montreal Impact has added another Canadian to the fold.

The Impact announced three signings on Thursday. And while the signings of second-round draft pick Calum Mallace and Mexican Gienir Garcia are relevant, the story Canadian fans are going to pick up on is that the Impact have inked Canadian midfielder Evan James to a deal.

James was taken with the first pick in the MLS Supplemental Draft (or, in old-school MLS-speak, “the third round”), and has stuck with the team through training camp.

James, from Mississauga, Ont., was a big part of the University of North Carolina Charlotte’s Cinderella run through the season-ending NCAA tournament — and he scored five goals in 25 appearances for the team.

With James on board, the Impact now has four players on the roster who have Canadian passports: James, midfielder Patrice Bernier, goalkeeper Greg Sutton and forward Eduardo Sebrango. Of the four, only Sebrango would be ineligible to represent Canada, as he played for Cuba in sanctioned tournaments before coming to this country.

Still, the Impact now edges ahead of the Vancouver Whitecaps — which is going into its second MLS season — when it comes to Canadians on the big roster. The Whitecaps have three, the minimum allowed by MLS rules — and one of those players, Alain Rochat, was born in Quebec but grew up in and represents Switzerland. When the Canadian Soccer Association files its Voyageurs Cup match reports, Rochat is listed as a Swiss player, not a Canadian.

The Impact received the rights to Garcia from the Vancouver Whitecaps in exchange for the negotiating rights to striker Etienne Barbara.