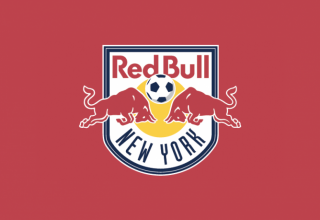 Lloyd Sam played just a little more than a half-hour on Saturday — and it was enough to earn the New York Red Bull the Player of the Week Award.

The Englishman got the most first-place votes from the membership of the North American Soccer Reporters, thanks to a goal and and assist in the Red Bulls’ 3-2 win over Sporting Kansas City. Sam helped create the two key goals in a 10-minute span, shortly after he came on.

The win gave the Red Bulls the Eastern Conference lead, but the third-place Montreal Impact, despite winning only one of its last seven, is just three points back of New York with two games in hand.

How The 11 voted: No disrespect meat to Sam, but no player contributed more to his team’s win this week than Toronto FC’s Joe Bendik. After his side scored an early goal, the TFC goal was laid under siege for almost 90 minutes by the New England Revolution. And Bendik made highlight-reel worthy stops on Lee Nguyen and Diego Fagundez, and did a good job of commanding the box. Late in the match, Bendik did very well in coming for crosses and snuffing out danger before the scoring chances could occur.