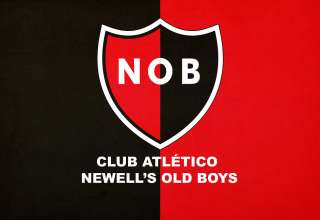 Toronto FC makes no secret of the fact that forward Maximiliano Urruti has long been a transfer target.

But, on Tuesday, his Argentine club has said it will not let go the player without a fight, even though Urruti has left the club and is rumoured to be close to a TFC deal.

Newell’s Old Boys are not being subtle in the slightest. If you go to the club’s website, splashed on the front page is a defiant statement, telling all suitors that it’s hands off Urruti.

Urruti left the club; of that there’s no doubt. But Newell’s Old Boys’ management said the decision was not mutual, and demands that the forward return to work in Argentina.

According to Newell’s Old Boys, Urruti is under contract till 2014: “The team believes that the player is missing his contractual obligation and must report to work under the orders of his coaching staff. Should this not happen, Newell’s Old Boys will exercise appropriate legal mechanisms to defend their rights.”

The Twitterverse is filled with reports that Urruti was actually on his way to Toronto. But, publically, Newell’s Old Boys has not named and shamed Toronto FC. Officially, the matter is between club and the player. Urruti has been told to get his butt back to Argentina.

When a club claims it still has a player’s rights — and that it’s willing to fight for then — it isn’t pretty. Remember that FIFA has heavy sanctions for clubs that try to sign players under contract to other teams. Those include transfer bans. And, with MLS signing players centrally, a transfer ban could do more than affect TFC.

In John Molinaro’s Aug. 2 story on Sportsnet.com, TFC general manager and president Kevin Payne said that Urruti had “severed ties” with Newell’s. So there looks to be a difference in opinion on what “severed ties” really means.

But, as Canadian soccer followers know from the protracted case of Edmonton’s Tosaint Ricketts, who had to fight for months and months for his release from Politehnica Timisoara (even though the Romanian club had stopped paying him in 2012), leaving a club and actually being free of a contract are two different things. And, in FIFA, the rules are heavily in favour of the clubs; as players must make appeals to prove that contracts were breached or should be avoided. FIFA’s main goal is to stop clubs from poaching talent, not protecting players’ rights. (CLICK HERE)

But this is where it could be interesting. When it comes to bringing in players under contract to other clubs, the MLS roster freeze begins Aug. 8. Teams have until September to bring in free agents. If Urruti is under contract, as Newell’s claims, then TFC (or any other MLS team) may only have until Thursday to make the deal happen. That is, of course, if MLS sticks to its own rules on this case — and we know from past experience that the MLS rulebook is written in varying shades of grey.

Granted, Newell’s Old Boys could be making a public stink, knowing that an MLS transfer deadline is coming up, hoping to increase its payday from a desperate suitor. It’s not like that’s a card that’s been never played before.