July 03, 2022
9 New Articles
Home NASL & USL FC Edmonton Raudales could be a “steal,” while Eddies look to add a couple of more players 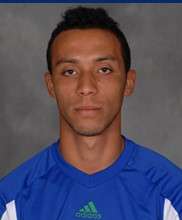 It is the job of FC Edmonton assistant coach Jeff Paulus to sort through the emails and videos sent to the team by players and their agents. The wide majority don’t result in call-backs.

But there was something in the material sent by Cristian Raudales that intrigued Paulus. That resulted in an invite to the Eddies’ midseason training camp. Raudales scored last week in a friendly against the Seattle Sounders, and was signed this week.

The Honduran-American, who is from Florida, is one of three signings expected to be made by the Eddies before the NASL fall season begins for the team on Sunday. It is understood that forward Chad Burt, also on trial, is close to a deal. And coach Colin Miller said another player will arrive tomorrow — and Miller is so bullish on this prospect, he hinted that he could play on Sunday.

But he also really likes what he’s seen from Raudales.

“I think we have made a real steal of a player.

Raudales is a graduate of Florida Gulf Coast University, then played for a season in the German fourth division. Being from Florida, he said he knows the NASL well — as the league has two teams in the state and a third one on the way. (And maybe a fourth, as the league has said it has talked with a group in Miami.)

Raudales describes himself as a player that can “destroy” the opposition’s attacks and help his team build its offensive forays.

“I would say that I am a workhorse kind of player. I may not score a whole lot of goals, but I will do my part in midfield.”

He said that he fit in as soon as he put on the Eddies’ shirt as a trialist.

“I played with Neil Hlavaty in central midfield, and he’s so good on the ball. I really felt like I’d been playing with the guys for a long time.”