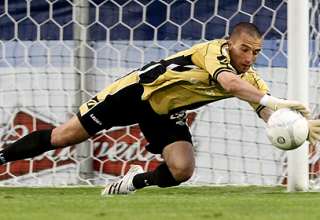 At the start of the NASL season, you’d have predicted that any 2011 match between the Carolina RailHawks and the Montreal Impact would be a top-of-table clash.

Only the RailHawks have kept their part of the bargain. When surveying the Impact’s 2-0 road loss to Carolina Sunday, you would be excused for assuming that the RailHawks were the team that was preparing to jump to MLS next season while Montreal was, well, just a bad club.

Carolina won its 10th in a row, while the Impact limped to the midway point of the schedule with just two win on its resume. The Impact is four points behind FC Tampa Bay for the final playoff spot, and FCTB has a game in hand.

Even though Ali Gerba put a chance from point-blank range into the chest of Carolina keeper Brad Knighton — who spent last season with the Philadelphia Union of MLS — early in the match, it was by no means a sign of things to come. There would be no real sustained attacks from the Impact until late in the game, when the match was signed, sealed and delivered.

But, really, this was no surprise. Going into the game, you’d figure Carolina was good for at least a two-goal win at home against the hapless Impact.

The goals came in a four-minute span; Pablo Campos scored his sixth of the season in the 30th minute, after he got on the end of a lobbed pass from teammate Chris Nurse that caught the Impact backline napping.

Nick Zimmerman beat Impact keeper Evan Bush as the Impact struggled to compose itself after the first goal.

There was a bright spot; Bush did rob NASL top scorer Etienne Barbara on a second-half breakway.

After coming in as a second-half substitute, 38-year-old Eduardo Sebrango got a couple of decent scoring chances, but put both shots wide of Knighton’s goal. But the fact that it took the aging veteran, who only came out of retirement earlier this week, to spark the listless Impact only seemed to anger acting coach Nick De Santis.

“We managed well the beginning of the game, but after the first goal, we became disorganized and gave up,” he said after the game, in a release issued by the club. “We got a few scoring opportunities in the second half, but we must be stronger mentally if we want to get out of this position. We now have 10 days before our next game. Those who will work hard will play against Fort Lauderdale.”

“Those who will work hard will play” is an interesting statement. Judging by the effort put in by the roster, De Santis won’t have enough players to field a team.

And the match only compounded the mystery of Idriss Ech Chergui. The French international didn’t play and wasn’t on the subs’ bench. Radio-Canada reported earlier this week (HERE) that Ech Chergui had been told by the Impact that his services would no longer be required, but the club hasn’t made any announcement and he is still listed on the club’s roster.

Ech Chergui who has a history of being a malcontent, would join another French import, Kevin Hatchi, on the chopping block so far this season. There have been whispers throughout NASL that the arrival of a series of French imports in Montreal over the past two seasons has soured the team’s dressing room.

So, with the season halfway done, the Impact have just the second-half of the season to try and work in some players it can bring with it to MLS, like Portland and Vancouver did. And, with each passing week, you have to wonder how concerned MLS commissioner Don Garber and his inner circle are over how badly Montreal is staggering through its final Division-2 season.

And, with FC Edmonton in second place and, right now, looking like the only legitimate threat to Carolina in the league, Montreal’s embarrassment is compounded. The new Canadian kids on the block are making the Impact look bad every time they go out an win and Montreal loses. And that’s been happening… well…. a lot.