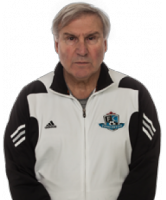 FC Edmonton director of soccer Joe Petrone has resigned his position from the club, but he isn’t leaving the NASL behind.

Petrone will now dedicate himself to bringing an NASL expansion franchise to Calgary.

Petrone has confirmed he has been in contact with potential investors in a new Calgary franchise, and will be the point man on an effort to bring a Battle of Alberta to the NASL. What Petrone will be doing is similar to what executive Peter Wilt was doing in Indianapolis, acting as a point man for a potential expansion market, as investors work in the background.

“Edmonton needs a franchise in Calgary,” said Petrone. “And Canada needs more teams. Calgary is obviously a market that the league wants to be in. You have cities like Saskatoon, Ottawa is coming into the league, and Hamilton is another market, too. But we have to remember the rule that 75 per cent of the teams have to come from the U.S. mainland. So, when the league (NASL) hopefully gets to 18 teams by 2016 or 2017, there might be room for Calgary and one other Canadian team. But there is lots of room for NASL to grow. We don’t have the same restriction on teams from FIFA that MLS has. MLS is more interred to that. I think in NASL we can go to 25 or 30 teams. In the height of the old NASL (Petrone managed the old Drillers franchise) we had 30 teams.”

And Petrone believes McMahon Stadium, which holds 35,000 for football, can serve as a temporary home for a new soccer franchise.

Calgary is Canada’s fourth-largest city, but has the highest disposable income per resident of any city in Canada. And that’s a major measure for those who invest in sports. In 2010, according to Statistics Canada, Calgary was the only city in Canada where the average household income was higher than $90,000 per year. (Edmonton came in second at around $89,000). Basically, higher spending power is a massive economic indicator — a city where 500,000 have household incomes of $90,000 is a much better place to plunk a sports team than a city of 2 million with an average household income of $50,000. Only sportswriters get hung up on population sizes as “large market” and “small market.” Investors, sponsors and economists don’t.

The question with Calgary has never been about economics. In fact, it’s easy to argue that, based on simple economics, it’s a better investment to put a soccer franchise in Calgary than Vancouver, where high real-estate prices cripple disposable income numbers, or Montreal, where personal earning power isn’t nearly as strong as you’d find in Alberta. But, the question has always been about Calgary’s soccer culture: If it’s strong enough to support pro soccer. Calgary flirted with a USL franchise in the early 2000s, and I remember attending games at McMahon with less than 1,000 in attendance.

Petrone said he wanted to wait until the FCE roster was complete before making his resignation official.

“I wanted to wait until the last player came in on Saturday (Robert Garrett, on loan from Linfield FC). Now the roster is complete for the season. I have completed my work, and I can step down.”

Petrone will still live in Edmonton and commute between the two cities.