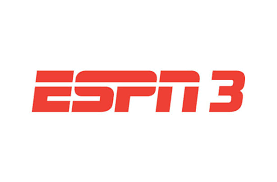 The Tampa Bay Lightning hosted the Chicago Blackhawks in the second game of the Stanley Cup Final. In Edmonton, the entire soccer community was riveted to the opening game of the Women’s World Cup at Commonwealth Stadium.

Saturday evening was the worst possible time for the Tampa Bay Rowdies to host FC Edmonton in NASL action; if there was ever a time for either team’s fan base to take a mulligan and miss a game, this was it.

Or, if there was ever a time for yet another embarrassing hiccup in the NASL’s Canadian broadcast plan, this was it. Already, Canadians can’t access games that pit American-based teams against American-based teams, because ESPN3 can’t be accessed in Canada. The plan is to have FC Edmonton’s road games available on TSN GO, but the Eddies’ road game wasn’t available on Saturday. Eventually, well into the first half of the Rowdies/FCE game, a feed was available through Takeitlive.TV.

So, this is the challenge. On Monday morning, when NASL executives get into the office, the first order of business is how to get the Canadian mess sorted it out. After all, it is the North American Soccer League, not American Soccer League. The league desperately needs a Canadian in the front office, close to commissioner Bill Peterson, who can help steer the league through some of the challenges it faces in the market north of the border. When NASL signed to get its games on ESPN3 for the 2015 season, it cut Canada out of the market; and the Band-Aid solutions to get games played in the United States to the Canadian fans aren’t working.

At best, Canadian fans deserve a solution. At worst, they deserve an apology from NASL.

As for the game that most of us didn’t see — or only saw portions of — the Eddies dropped a 2-1 decision in Florida; the win keeps the Rowdies mathematically alive for the NASL spring title. They trail the Cosmos by three points, and New York holds is six better in terms of goal difference.

In his final game with the Eddies before heading to South America for the Copa America, Lance Laing curled in a second-half goal, but that marker came after Darwin Espinal and Brian Shriver had scored for the Rowdies. Espinal’s goal came on a rebound from a shot from former Eddie Corey Hertzog.

The Rowdies were missing forwards Maicon Santos and Georgi Hristov, as well as defender Stefan Antonijevic, who all received red cards in last week’s game against the Indy Eleven.

“I commend our guys for in particular the second half,” FC Edmonton head coach Colin Miller said in a release issued by the club. “We finished the stronger team, we were chasing the game and getting after it. I said to to the guys that we’ve got to show that energy and commitment in the first half as well and if we do that we’ll be competitive in this league. I was very disappointed here tonight, I thought the way the game finished we could have got a draw out of it.”