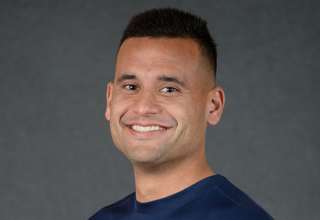 With Eddie Edward now a member of the Ottawa Fury, FC Edmonton has a major hole to fill at right back.

For three and a half years, Edward had made that position his. For this weekend’s fall season opener at Rayo OKC, look for Canadian Allan Zebie to get the start.

But the team is also looking at Shawn Nicklaw. The Guam international, who played for the Jacksonville Armada in the spring season, is on trial with the Eddies. Nicklaw has also played in Iceland and Denmark.

“Allan will play on Saturday, which is great” said FCE coach Colin Miller after Wednesday’s training session. “He’s done very well in training, he hasn’t let us down with the first team. It’s a big opportunity for him. And having Shawn in here for a look for a couple of weeks, it’s great for us. He knows the league, he’s an experienced player and he’s a very good athlete. He’s done well so far.”

Miller said he’ll speak with Nicklaw before the team heads off to Oklahoma. And, now that the Edward deal is done, the coach feels it’s time for FCE to move on.

“Eddie was a very good player for the Eddies. It is a big loss for us, not just football wise. But, that door has closed and now I don’t think any more about Eddie Edward. The club has to move on. Now, it’s someone else’s opportunity.”

Zebie, who was very strong playing fullback when he was called upon last season, is sad to lose his mentor, but understands his chance has come.

“Eddie was one of my very good friends,” said Zebie. “He taught me well. He talked to me for two years about what to do offensively and defensively, so I feel like I am ready to step in. I would ask him questions all the time.”

“This is my second year, I have 20-plus games, so I feel comfortable.” (Zebie started 18 games last season and has 27 career NASL appearances.)

The Eddies finished the spring season a point out of first place. Miller believes the club can survive the loss of Edward, who was released so he could tend to personal issues in Ottawa. He then signed for the Fury as the club’s came to a gentlemen’s agreement.

“We were never going to do anything without (Eddies 2015 top scorer) Lance Laing, according to all the experts,” said Miller. “We’ve moved on from Laingy. That’s the way the game is. Eddie was fantastic for us when he was here, he’s not here anymore, we move on.

“It was a no-brainer. Eddie and I had some very good chats, and then Eddie spoke with Tom (owner Tom Fath) as well. There was no animosity. It was all above-board and men speaking like men to each other. It was sad we had to lose him. The last day i(of the spring season) in the change room, after the game against Fort Lauderdale, it was emotional.”

Officially, the Eddies released Edward and received no compensation from Ottawa. But, Miller was asked if there could be any considerations between the teams in the future.

“That’s a matter between the two clubs,” said Miller.

Midfielder Nik Ledgerwood is suspended for Saturday’s game due to yellow-card accumulation. And midfielder Cristian Raudales is still at least three weeks away from playing, after a mid-season injury suffered on a seam in the grass in Jacksonville.

WHERE TO WATCH: The honest answer — we don’t know right now. FC Edmonton is planning to have a viewing party on Tavern on Whyte (10507 82 Ave). That may be FCE fans’ only place to see the game. The game is part of the NASL’s broadcast package with CBS Sports Network. But no cable or satellite company offering services in Edmonton has the CBS Sports Network. It’s a foreign network that isn’t available in the market.

FC Edmonton has spoke to NASL’s office about ways that the game could be made available to viewers in the Alberta capital, but there’s nothing firm to report.