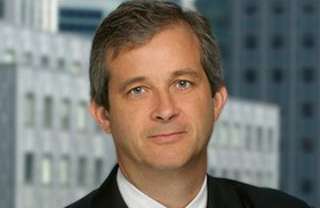 The North American Soccer League took a step towards stability with the hiring of an independent commissioner on Monday.

David Downs will take over as the head domo of the second-division league on April 4.

Downs has 30 years of broadcast experience as an executive with ABC Sports and Univision Communications. He negotiated U.S. broadcast rights for World Cups from USA ’94 to Brazil 2014. He was also the head of the U.S. bid committee for the 2022 World Cup, which lost out to Qatar in the voting.

“I’m excited to hit the ground running with the NASL as we work to elevate second division soccer in North America and play an active role in taking soccer to the next level in the region,” said Downs in a press release. “We plan to work closely with the fans, players, administrators, other leagues and everyone else involved in this beautiful game to build up the NASL at a league and local market level.”

The Downs effect will be twofold. First off, getting a U.S.-based commissioner, who isn’t on the payroll of any of the clubs, is important. Aaron Davidson will remain as CEO but, as president of the Fort Lauderdale Strikers — which is owned by Brazil-based Traffic Sports — the optics of having at him at the top weren’t great. The United States’ Soccer Federation will review the NASL’s official second-division status at the end of the season, and having a commissioner who’s not part of the Traffic web is a major PR win for the league.

Secondly, Downs has extensive broadcast experience — and contacts — which will no doubt help the league get its games on air. So far, sources have told The 11 that NASL is working to make sure every game is available online this season. Whether the Montreal Impact are playing in Puerto Rico, or FC Edmonton has a road date in Atlanta, each and every NASL game will be available through the Internet — for free.

With few traditional broadcast deals in place, it’s the best way for a small league looking to build its fan base to get its games to air — and more eyeballs on the product.

Both Canadian clubs open the NASL season in Florida; the Impact visit FC Tampa Bay on April 9; FC Edmonton faces the Fort Lauderdale Strikers on that same day. Fans will likely be able to see those games online, without having to go to the pirate sites.

CONCACAF makes its Champions League broadcasts available for viewing for free on its site; the National Lacrosse League also makes games available for free Internet viewing. For leagues and events trying to build fanbases, getting games onto the Web for free is more cost-effective than having to actually pay a broadcaster to get games to viewers.