October 01, 2022
9 New Articles
Home NASL & USL More NASL & USL NASL reveals that it will have a balanced schedule that is sorta imbalanced 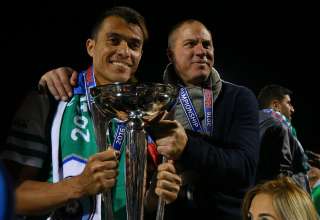 When the NASL announced that the spring season would kick off on March 25 (the release, by the way, came out during the inauguration of President Donald Trump), it also revealed that each team would play a 16-game spring and 16-game fall season.

And that means, while each team will play a total of 16 home and 16 away games throughout both the spring and fall campaigns, the schedules won’t be perfectly balanced. With the NASL at eight teams for the 2o17 season, the only way to balance it would have been if each team played 14-game, not 16-game, schedules. (Home and away against the other seven teams = 14 games). But, before we go off wondering if a 16-game schedule means a ninth team is coming… it isn’t.

The league reaffirmed Friday that it will be an eight-team circuit for the duration of the spring and fall seasons.

In a reply sent to The 11, the league stated that: “Each season, clubs will play each other home and away, plus they’ll have two additional games — one home, one away. The owners/league wanted to give the fans/teams more than just 28 games.”

To summarize: For the first time, the NASL spring seasons will be as long as the fall season. As has been the case in the past, the spring champion and fall-season champion will each get home dates in the NASL Championship semifinals. But, even though the schedule is balanced, it isn’t — because eight teams do not make for a smooth fit into a 16-game schedule(s).

We can only hope the league schedules FC Edmonton to play at home during the last weekend of March — or, as Albertans call it, the dead of winter. The Eddies had to use the yellow optic ball for a snow game late last season; will we see it in the spring season?

As for Canadian content in NASL, we did get some updates this week. North Carolina FC confirmed that Canadian Drew Beckie won’t be back in 2017, while the San Francisco Deltas inked Canadian defender Karl Ouimette, who will join Nana Attakora at the club.