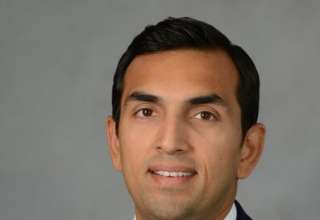 Last week, MLS Commissioner Don Garber, during a visit to Vancouver, suggested that the NASL’s decision to follow the USL and make all Canadian players domestic —  no matter if they played for American teams or Canadian teams — was illegal under U.S. labour law.

“The limitation on foreign players is a rule issued by U.S. Soccer, and one that we’re subject to as a league. We view our new policy to consider Canadian players as domestic as a change that increases opportunities for all players.”

Basically, Sehgal’s response is that the entire concept of teams having only  a limited number of international slots is entirely based on a policy set by the federation — not lawmakers. For example, no NHL team is required to carry a set number of Canadian or Americans. If the Minnesota Wild wanted to have 20 Russians on its roster, it could. The Edmonton Oilers are free to have Connor McDavid surrounded by Slovaks, if the team’s brass so wished. Likewise, the Los Angeles Dodgers could field a team of Dominicans. The idea that a team is limited in the number of foreigners it can carry — therefore creating a “domestic” designation for some players and an “international” designation for others — is totally a construct of soccer politics.

Remember that former NASL commissioner Bill Peterson went on the record stating that he wished for a change in the rules to allow teams to sign whatever players they wanted, regardless of nationality. Peterson was replaced by Sehgal, who is a lawyer with experience in international contracts.

After Sehgal took over from Peterson at the helm of NASL, the league changed its policy, and will now treat Canadians as domestics no matter where they play.  USL, which has teams affiliated with MLS, has the same league-wide Canadians-as-domestics policy. In the past, many Canadian players have struggled to find work on American NASL and MLS teams because they would take up one of the limited international roster slots. Meanwhile, Canadians knew they could lose their jobs on Canadian teams to American players who were getting domestic status north of the border.

After the 2016 season, MLS loosened the restrictions that allow for Canadians to be domestic players if they satisfy the following requirements:

• Sign first pro contract with an MLS team or a USL affiliate of an MLS side.