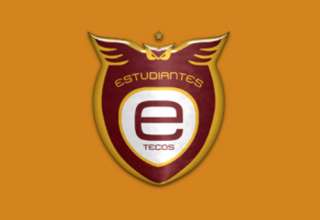 Through no doing of the team’s own, turmoil follows the Montreal Impact through Mexico.

The Impact won its first game of the preseason, a 1-0 decision Tuesday over Estudiantes Tecos in Guadalajara. Through the team’s Twitter feed, we know that striker Justin Braun got the goal in the 64th minute, converting a nice pass from Josh Gardner.

“I got a great ball from Josh (Gardner) and finished it,” Braun, who was one of Chivas USA’s top scoring threats last season, was quoted on the Impact’s Twitter feed.

The game was split into two 40-minute halves. Former MLS goalkeeper of the year Donovan Ricketts played the first half, while Canadian Greg Sutton played in the second. Evan Bush, the top goalie in NASL last season, didn’t play.

The game was played behind closed doors. Media reports in Mexico indicated that Tecos didn’t even know who would be running the team going into the friendly against Montreal.The team has had a tough start to the Mexican season, has sacked its coach and is undergoing a boardroom battle.

The team told media that it would be experimenting with different formations and didn’t want prying eyes looking at the struggling team. On Monday, Tecos cancelled a press conference in which a new coach was expected to be named, and youth coach Alvaro Galindo still had the reins.

This follows on the heels of Montreal’s 0-0 draw with Chivas; the team that went to the final of the 2010 Copa Libertadores welcomed the Impact after losing its first three games of the Mexican League season, scoring just one goal. Intense criticism has dogged the Goats.

Braun’s goal came just seconds after Tecos had struck the crossbar behind Sutton.

So, the Impact have played two games in Guadalajara against the last-place side (Chivas) and second-last place team (Tecos).