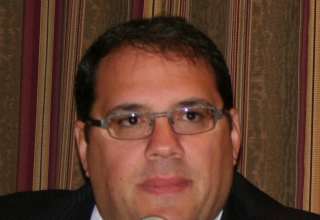 Canadian Soccer Association President Victor Montagliani says the new USL-MLS partnership will not impact the push for an all-Canadian Division 2 or 3.

But he said that if any USL-Pro teams take root on Canadian soil, they would not receive an official Division 3 sanction, even though the USSF recognizes the league as Division 3 on its soil. As it stands, there are no Canadian teams in USL-Pro at the moment, though that could change through the new partnership.

“In Division 3, at the semipro level, we have the regional based model,” said Montagliani. “Take Quebec, for example. We have an eight-team league and they are sanctioned whether the Impact have a team in there or not. When it comes to Division 3 sanction, our priorities are for the Canadian club.”

On Wednesday, MLS and USL announced a partnership — beginning in 2013, the MLS Reserve teams will either affiliate with USL Pro teams or have their reserve side play an interlocking schedule with selected USL Pro opponents.

But, as it stands, Montagliani sees this as the three Canadian MLS teams rearranging their own reserve squads, and will have no impact on the CSA’s plans to increase the number of professional soccer clubs in this country. The CSA has got a report in its hands on the feasibility of a national division 2. And the CSA is behind a plan to sanction regional leagues for as Division 3, to help increase the number of clubs in the country. The question was: How does USL-MLS fit into those plans? Well, the answer is clear — it doesn’t. In the CSA’s eyes, it exists outside of its sphere.

“What they are doing doesn’t affect our plans at all,” said Montagliani. “The MLS teams are rearranging the way they do their reserve league, that is all. Our goal with Division 2 and Division 3 is to expand the number of clubs in Canada, and not rely on three MLS teams.”