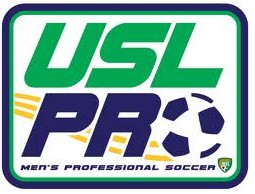 The USL and MLS have made their rumoured partnership official.

The leagues have announced a plan which will see MLS reserve sides play interleague matches against USL-Pro teams. USL-Pro is recognized as the third division of pro soccer in the United States.

MLS and USL will hold a joint conference call Thursday to announce more details. But, from the release issued Wednesday: “For 2013, the partnership will include interleague play between USL PRO and MLS Reserve League teams, and the establishment of several exclusive team affiliations.”

The Rochester Rhinos have already been linked with the New England Revolution.

From the release: “Each club affiliation will be customized to meet the needs of the respective teams, but all will include at least four players on long-term loan from the MLS parent club to its USL PRO affiliate. Those MLS teams with formal USL PRO affiliates will not participate in the 2013 MLS Reserve League. Neither MLS nor USL PRO clubs are required to enter into an affiliation, and specific affiliations will be announced in the coming days.

“Each of the 13 USL PRO teams will compete in two interleague games against MLS Reserve teams. With the exception of Antigua, which will play both of its games at MLS Reserve teams, USL PRO teams have been paired with a single MLS team to play a home and home series. All interleague games will count in both the official USL PRO and MLS Reserve League standings. Details of the fixtures will be announced in conjunction with the forthcoming release of the official 2013 USL PRO schedule.”

“This partnership represents the first step in a long-term alliance between MLS and USL PRO to connect domestic professional soccer through a system that benefits player development, competition and the overall business of our sport ,” MLS Executive Vice President of Player Relations & Competition Todd Durbin was quoted in the release. “Over the past several years, USL PRO has made great strides in restructuring their league in a manner that serves to complement the objectives of MLS. This is a win-win for all involved, and it demonstrates our strong commitment to growing North American professional soccer at all levels.”

Of course, for Canadian fans, this brings up some interesting questions. The Canadian Soccer Association commissioned a study that looked at the feasibility of a national division two (or three). With FC Edmonton and Ottawa going forward with NASL (North American Division 2) and MLS partnering with USL (Division 3), does this announcement help kill the prospect of a national pro league?

And, both Whitecaps owner Greg Kerfoot and Impact owner Joey Saputo were generals in the revolt against USL, leading a group of owners to break away from USL and form the NASL. The NASL maintains that the Impact and Whitecaps still remain members of that league. What does a return to an arrangement with USL mean for two clubs that were so vehemently anti-USL?

These are all questions that will be asked in the coming days — as we wait to see how these changes will affect the academies and residency programs in Montreal, Vancouver and Toronto.

But, on a competitive level, it makes far more sense for MLS reserve teams to be paired up against USL PRO sides rather than entering a relationship with NASL. Second-division is not the place for farm teams or interleague play: Second division is a place for cities with ambitions to be more than farm teams. In fact, in Edmonton, the membership of the Supporters’ Group has said over and over that it would be harder to support a farm team than having one’s own club.