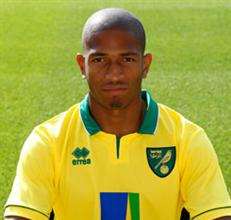 English Premier League appearances have been few and far between for Mississauga’s Simeon Jackson — but Canadian soccer followers can hope that his pretty lob goal in FA Cup play Saturday can jump start his season.

Jackson got the start as Norwich City went on the road to face Peterborough United. The home team is battling to stay in the Championship, sitting fourth from bottom. So, Canaries manager Chris Hughton gave the chance for some of Norwich’s depth players to show what they could do against the lower-division team.

Jackson started and rewarded his manager’s faith. He caught the defence out, running on to a long ball sent up to him, and then lobbed keeper Roberty Olejnik. The goal gave Norwich a 2-0 lead in game the Canaries went on to win 3-0.

Jackson has been out of favour at Norwich. He has started in just four of 21 of the Canaries’ EPL matches this season, and has scored just one Premiership goal. The Canadian national-team regular also has five sub appearances. Jackson also scored an October winning goal against Tottenham in Capital One Cup action.

So, when an opportunity comes to excel against a lower-division side, a player like Jackson has to take advantage of the opportunity to start. He did that with his goal on Saturday — and we’ll see if it helps him move up the ladder in Hughton’s eyes.