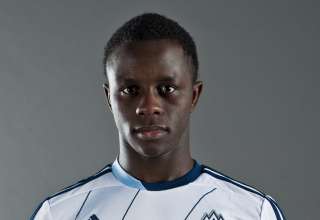 For the second time this year, a Vancouver Whitecaps player has been suspended for an offence that didn’t receive a red card during the game in question, but was later deemed to be red-card worthy by the MLS Disciplinary Committee.

On Tuesday, the committee determined that Whitecaps striker Kekuta Manneh should have been sent off for a late challenge on New England keeper Bobby Shuttleworth. Manneh saw yellow, but he will be suspended for Wednesday’s match with Chivas USA as if he would have seen red on the field.

At the time, with a little less than 20 minutes left in the second half, the Whitecaps were winning, 4-2, and held on for a 4-3 win. The Whitecaps were trailing 2-0 until Revs’ defender Andrew Farrell was sent off for a professional foul on Kenny Miller.

Had Manneh been sent off, as MLS deemed he should have been, the Revs would have been 10-on-10 with the Whitecaps for the final phase of the game.

In May, early in a 3-1 win over the Los Angeles Galaxy, Whitecap defender Johnny Leveron got a yellow for a two-legged scissor challenge on Jose Villarreal. MLS later deemed it should have been red and suspended Leveron. (CLICK HERE)

So that makes two Whitecaps wins this year where Vancouver, at least during the games themselves, got away with what should have been red cards.

The video of the challenge is below, courtesy MLS: