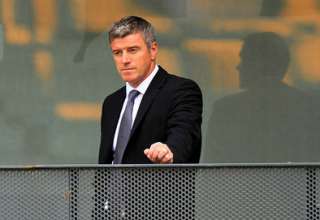 Colin Miller has been handed the reins of the national men’s team for the Gold Cup tournament.

The FC Edmonton coach was granted permission by the Eddies to steer the Canadian national team through the July tourney. The fact that the NASL schedule goes on hiatus in July allowed Miller the time needed to prepare and coach the squad. FCE plays its final game of the NASL spring season on June 30, then don’t play again till the fall-season kickoff, Aug. 3 on the road to the Carolina RailHawks.

Miller coached the team for two January friendlies, a loss to Denmark and a draw with the host United States. In May, he led the national team in its loss to Costa Rica at Edmonton’s Commonwealth Stadium. But, over these cycles, Miller has worked with many of the players on the 35-man long list the Canadian Soccer Association has submitted ahead of the Gold Cup. From that list, the final roster will be chosen.

The only name on that long list that has FC Edmonton ties is Simon Thomas; the goalkeeper is part of a unique loan deal between the Vancouver Whitecaps and the Eddies. Thomas trains in Vancouver and plays reserve and U-23 matches, but is recalled by the Eddies as needed.

Miller told The 11 that it was a “big honour” to be selected to coach the national side for the Gold Cup. It’s a step above leading the team through friendlies.

Miller has more than 60 caps as a Canadian national-teamer.