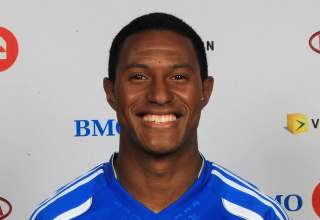 It was too good a story to ignore. The membership of the North American Soccer Reporters voted Canadian midfielder Patrice Bernier as the MLS Player of the Week.

Bernier racked up three assists and dominated the midfield as his hometown Montreal Impact re-Christened Stade Saputo with a 4-1 thrashing of the Seattle Sounders. For his efforts, Bernier recorded seven first-place votes and four second-place nods from the 18 NASR members who cast ballots this week.

But, two of Bernier’s assists — on goals by Felipe and Andrew Wenger, saw him exhibit exceptional close control of the ball before playing intelligent, well-weighted passes that put his teammates in fantastic positions to score.

How The 11 voted: Bernier. Here is the quote the site provided to the NASR website. It really says it all.

“Not a contest this week, in my mind. Hometown hero sets up THREE goals in the grand reopening of his city’s revamped stadium? Too much of a fairytale to ignore. Two of the setups were arguably more spectacular than the finishes themselves, and Bernier dominated what should have been a loaded Seattle midfield.”